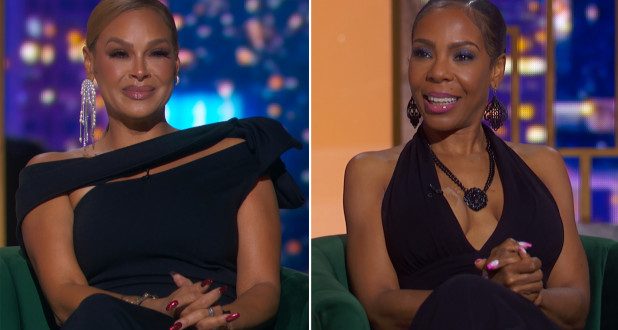 Sheree Zampino and Drea Kelly want you to know they are more than just famous ex-wives.

Kelly, who was married to embattled singer R. Kelly, and Zampino, who was wed to Will Smith from 1992-1995, were both eager to set things straight on “Hollywood Exes: Reunited.”

The special, which airs Nov. 24 at 8 p.m. EST on VH1, picks up where the reality show left off when the final episode aired in 2014. Following the ups and downs of the ex-wives once married to Hollywood’s leading men, “Hollywood Exes” dug deeper into the lives of ladies like Nicole Murphy (Eddie Murphy), Maura Garcia (Prince), Shamicka Lawrence (Martin Lawrence), Jessica Canseco (Jose Canseco), Shanna Moakler (Travis Barker) and Daphne Wayans (Keenan Ivory Wayans) as they tried to move on amid public scrutiny.

“When we left it was a lot of cliffhangers, you know, so we’re back six years later,” Zampino, who has a son with Smith, told The Post. “It’s awesome to be back and to reconnect with each other. We never disconnected because we have a forever bond.”

“We wanted to come together and be able to be vulnerable and that’s the beauty of the show,” the 53-year-old added.

Kelly, who married R. Kelly in 1996 and has three children with him, said she doesn’t let her relationship with the singer, who faces a trial for sex trafficking and racketeering next year, define who she really is.

“Being referred to as ‘just R. Kelly’s ex-wife’ — I don’t feel like it’s a diss,” the 46-year-old said. “It’s kind of like water off a duck’s back at this point. It’s a part of my life but it doesn’t encompass everything that I am and if you choose to put me in a box, I can’t let that penetrate me as a person because I know who I am and what I bring to the table.”

She added: “Being a woman, a friend, a mother and an entrepreneur, I’m all of these things. So if you limit me that’s not my fault.”

Kelly, who finalized her divorce in 2009, said knowing what she knows now, a bad marriage can lead to dark places, especially when it’s to someone famous.

“Let me tell you something, when you’re not ready for it, that marriage gonna do one or two things,” she said. “Make you a functional alcoholic or send you to counseling. You got to be ready.”

“Everybody wants to be on the red carpet but they not ready for what’s under the red carpet,” she added. “Don’t go after the dream because sometimes that is a nightmare.”

One such nightmarish but “eye-opening” scenario she recalled actually helped her learn self-respect — and how important it was for her to protect her daughter.

“I would say for me to recognize my self-worth, it was my children,” she said. “When it was a situation that happened and it wasn’t physical abuse, it was verbal abuse. My daughter was in the room when it happened — that was the moment for me because I had a very clear understanding at that point. If I was to stay I just signed my daughter into a contract she never read. I will be teaching her from that moment forward that this is how a man treats women and that this is OK. So for me, it was seeing the look on my daughter’s face.”

Kelly also revealed that the glamorous lifestyles viewers believed the ex-wives lived came at a price.

“You cannot take one of them Birkin bags and pay for a college loan. You can’t put it up for a mortgage on a house,” she said. “You can’t purchase a car with it. At the end of the day, you got to be strong and secure and know who you are as an individual.”

“To say we have Champagne problems . . . what people don’t understand, if you are upset every month when you get a $75 electric light bill for your apartment, what do you think the light bill is in a mansion? It’s still a light bill,” she continued. “Biggie said it best — ‘more money, more problems’ — and our pain is still the same.”

Zampino agreed, adding: “That’s the misconception — because you have things you don’t have any problems, there’s no issues. As women, it doesn’t matter the square footage of your home, what’s in your bank account. We go through the same things.”

However, when it comes to legacy, both ladies wanted to be remembered for something else other than their last names.

“I want my legacy to be that she stood in her truth even when it was not popular,” said Kelly. “I really want people to know that at the end of the day, she did it in front of the world because I knew it wasn’t about me. It was bigger than me. And that my life is an example. I’m God’s sample and I’m doing his work.”

For Zampino, she wants to help other women — whether they’re stuck in a bad relationship with a celebrity or not.

“I want my legacy to be just changing women,” Zampino said. “To know how worthy they are and how valuable they are. Not to look for something else to complete you because that will really never satisfy you. The connection that you need is a God connection, not a man connection.”

“We had people tell us face-to-face, or DM us, or somehow connect with us to say, ‘Hey, thank you. Because hearing your story or seeing your vulnerability gave me the courage to move forward, to know that I can come out on the other side.’ That makes it all worth it.”