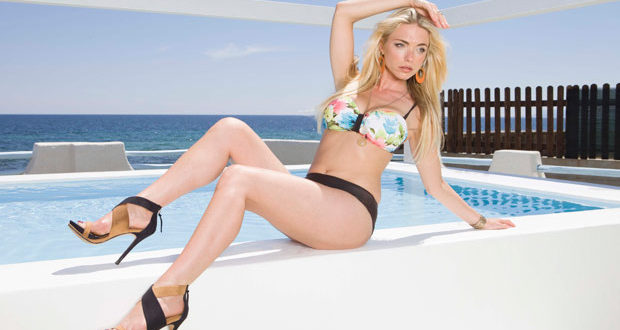 Playboy model April Summers has nearly caused a massive pileup at the Giro d’Italia after getting a bit too close to the oncoming peleton.

The 28-year-old was busy posing for the camera, seemingly unaware the riders were bearing down on her at speed.

Summers came within centimetres of causing a spectacular collision as she jumped and waved her arms around, more interested in posing than in any of the action in the time-honoured race.

After nearly being cleaned up by the motorcycles that came through before the peleton, Summer proved to be a slow learner, edging closer and closer to the lead pack.

She’s been a big hit since moving to Italy, often taking to social media showing her love for Inter Milan.