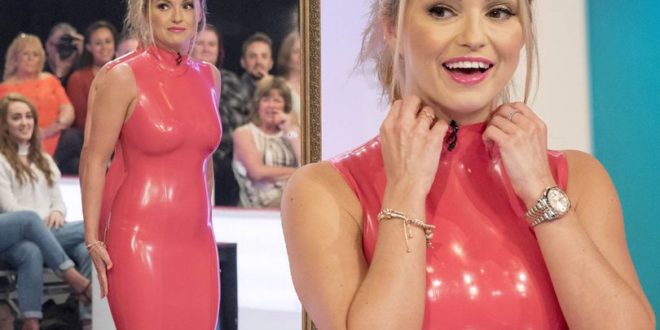 Ex-Strictly star Ola Jordan has quite a glare for husband James after he dressed her in shiny pink rubber for a Loose Women special.

Ola, 34, looked slightly uncomfortable in the tight outfit, picked out specially for her by fellow dancer James Jordan.

The couple were taking part in a special edition of the ITV lunchtime chat show to be screened this Bank Holiday Monday.

It features presenters Stacey Solomon, Katie Price and Ruth Langsford all bringing their partners – Joe Swash, Kieran Hayler and Eamonn Holmes – to work with them. 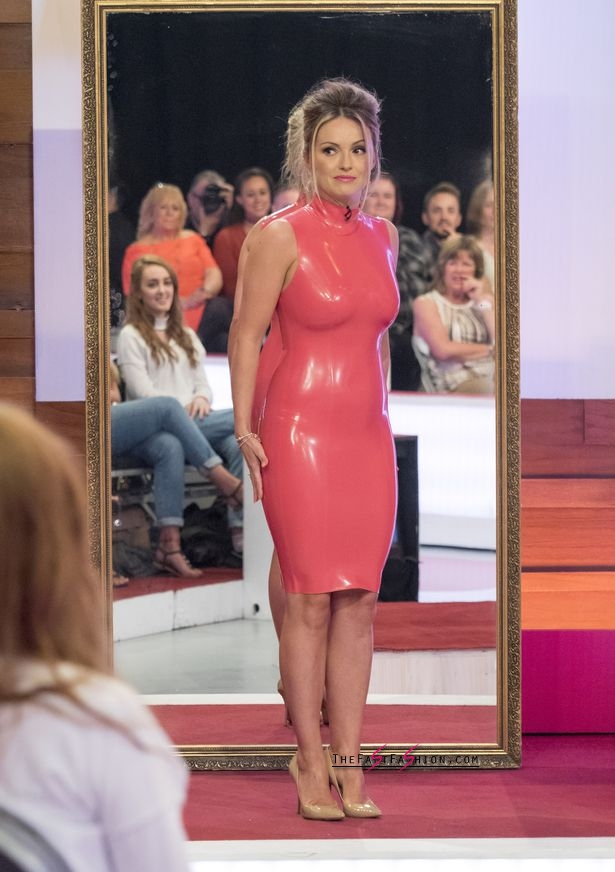 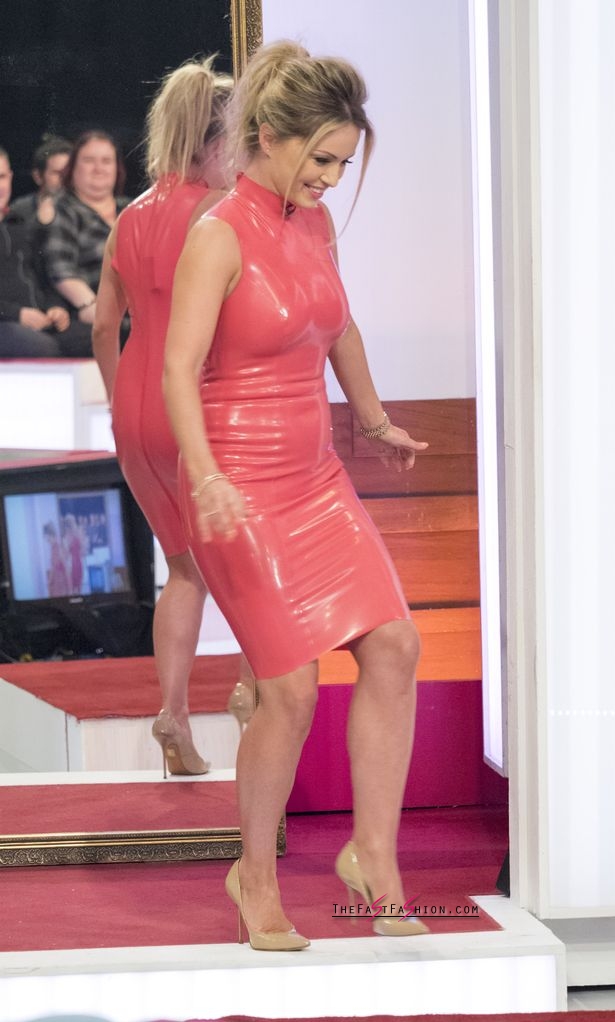 Despite the inability to move easily, Ola took it all in good humour (Photo: Rex Features) 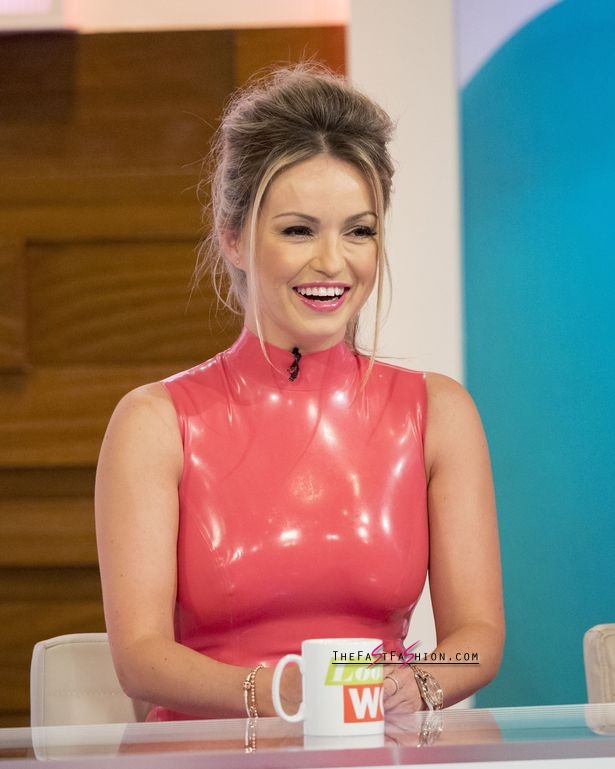 The dancer was able to have a laugh about James’ choice of dress (Photo: Rex Features) 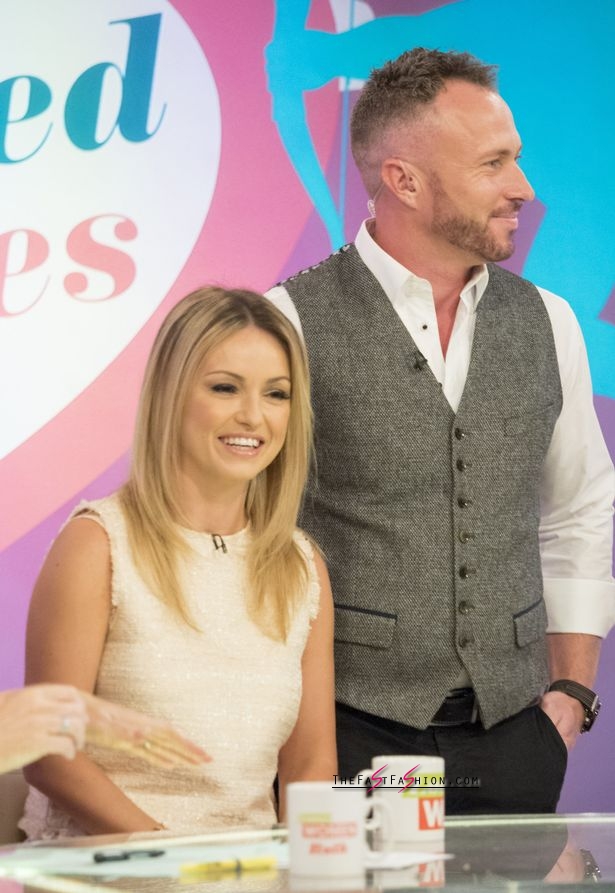 The mammoth show – billed as ‘Loose Women & Loved Ones’ – has been extended by 15 minutes as a result.

The couples discuss each other’s housework, bedroom antics and fashion choices, with some of the partners undergoing lie detector tests.

The men were also given the task of dressing their partner in an outfit of their choice… with very interesting results.

Special guest Ola managed to stay good-humoured throughout, in spite of James, 39, choosing a skin-tight dress which left nothing to the imagination. 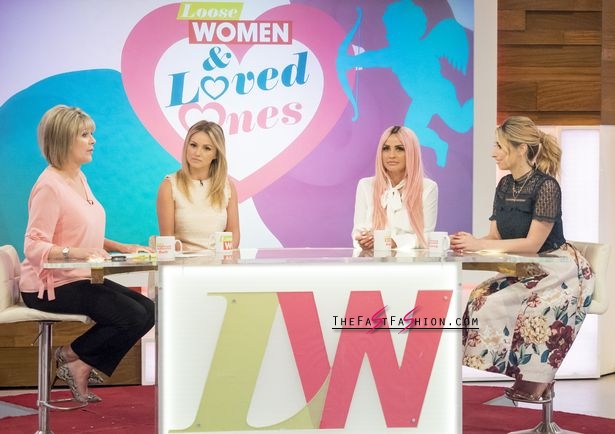 The panel before they got dressed by their partners… (Photo: Rex Features) 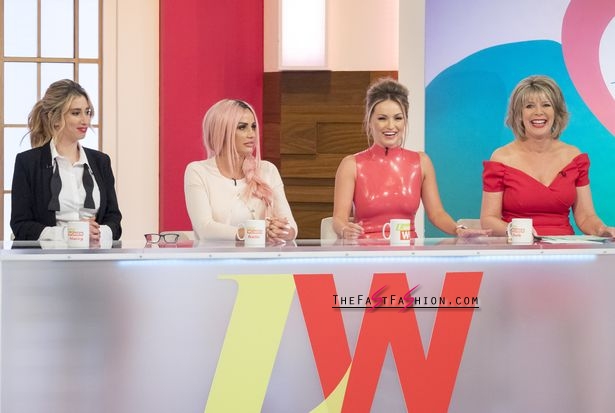 And after – in their varied wardrobe selections (Photo: Rex Features) 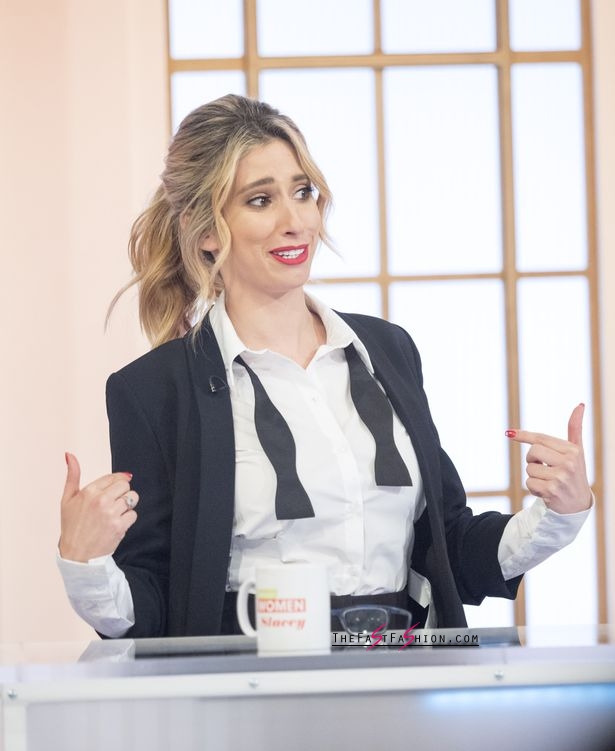 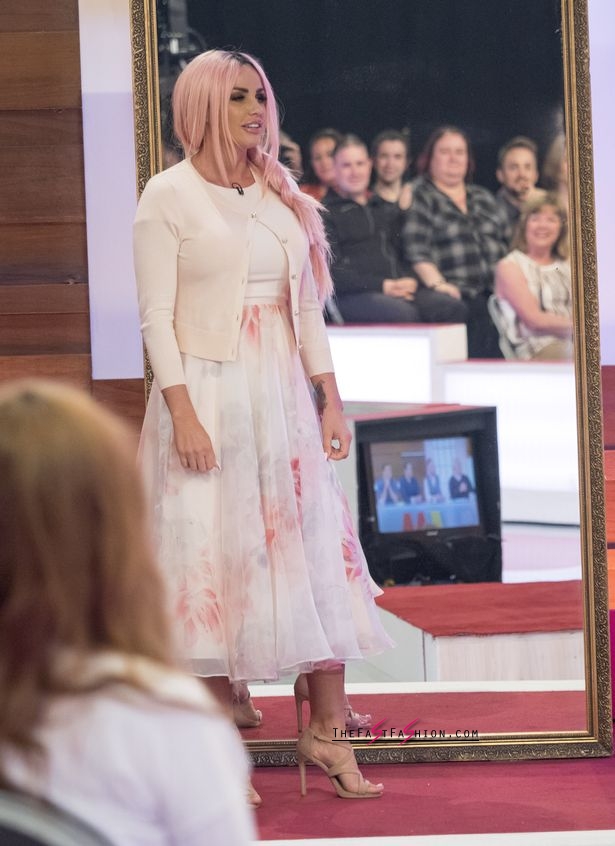 Katie Price got de-Katiefied by Kieran in this floaty get up (Photo: Rex Features) 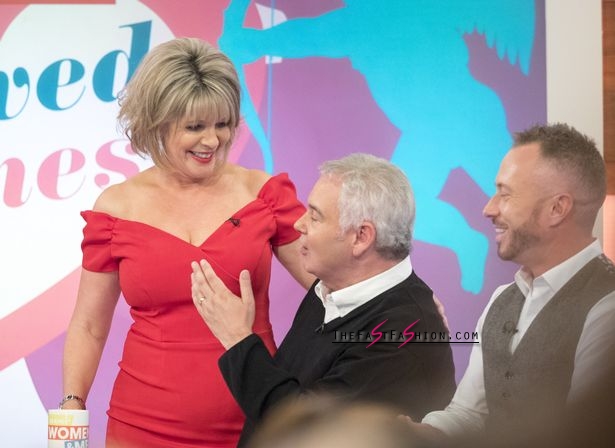 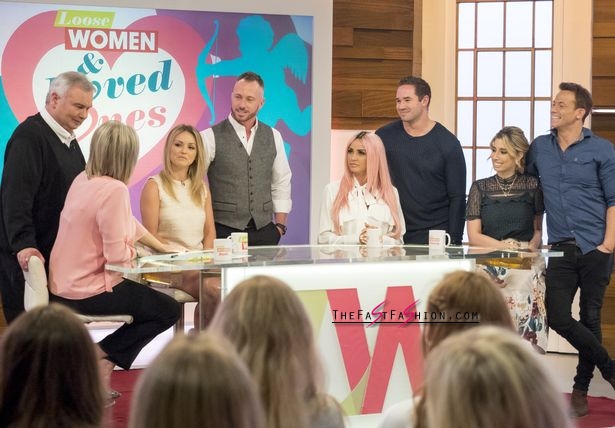 All the panelists and their partners assembled on the Bank Holiday special (Photo: Rex Features)

Dancer Ola looked great in the rubbery get up, despite being worlds away from the smart white dress she arrived at the show in.

Ola’s fellow panelists didn’t get off lightly either.

Joe put Stacey in a tuxedo and glasses, Eamonn opted for a red off-the-shoulder gown for his wife Ruth, and Katie Price was put in the most demure thing she’s ever put on her person by Kieran – a pale floaty skirt and a twin set.

As well as the drama of the Great Dressing Debacle, Monday’s special will also include Kieran talking about his infidelity for the first time on television.

In the interview, Kieran gets close to tears opening up about his behaviour before describing Katie as his “guardian angel”.