Breaking News
Home / Celebrity / Swe Zin Htet on being the first openly gay Miss Universe contestant: ‘People in Myanmar are not accepting of this’ 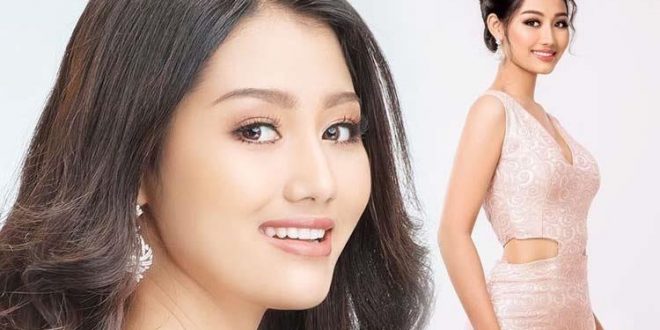 Swe Zin Htet on being the first openly gay Miss Universe contestant: ‘People in Myanmar are not accepting of this’

Swe Zin Htet, the reigning Miss Myanmar, is making major progress for both her country and for the Miss Universe pageant as a whole. The 21-year-old told People — who will compete in Miss Universe on Sunday night — that she wants to use her platform to help LGBTQ people in her home country, which is also referred to as Burma.

“I have that platform that, if I say that I’m a lesbian, it will have a big impact on the LGBTQ community back in Burma,” Htet told People via a translator. “The difficult thing is that in Burma, LGBTQ people are not accepted … they are looked down on by other people and are being discriminated against.”

As People noted, Htet recently came out during an interview with beauty blog Missosology. “I believe that not all countries allow same-sex marriage. I want the world to accept the LGBTQ+ community and their right to choose their own path and pursuit of happiness,” she told the blog. “Love is the most powerful thing and people fall in love with human beings, not gender.”

Htet is the first openly gay Miss Universe contestant, but she’s not the first member of the LGBTQ community to be involved with the pageant. Last year, openly trans contestant Angela Ponce joined the pageant as Miss Spain. Still, the pageant world has a reputation for predominantly including contestants who are thin, cisgender and white.

By using her platform as a voice for the marginalized, Htet also hopes to effect change in people’s hearts. “A majority of people in Myanmar are not accepting of this,” the contestant told Glamour. “But my goal is to make them look at me and others that are like me just the same.”

Under Myanmar’s laws, citizens can be punished for the “unnatural offense of carnal intercourse against the order of nature,” according to a refugee legal aid group. That’s been interpreted to include same-sex relations, leading to homophobia and violence against the country’s LGBTQ community. 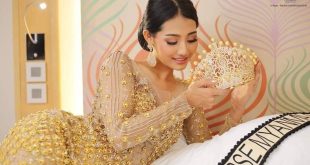 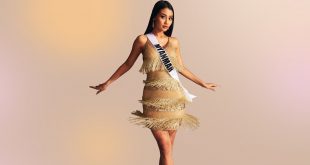