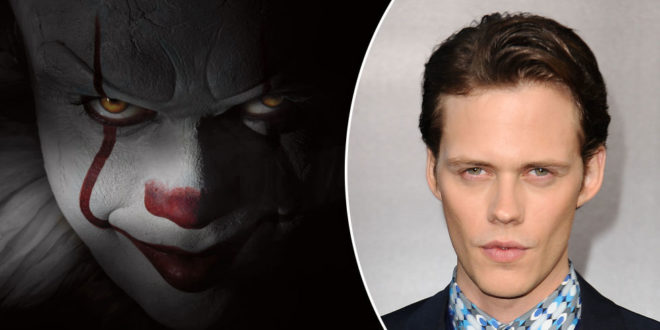 Bill Skarsgård floated by Conan, where he shared the story of how he came up with his creepy clown smile for the film It. Turns out that long before scaring record audiences, Skarsgård was scaring his little brother with that smile.

Skarsgård said when he was about 10 years old, he saw his older brother, Gustaf, make a silly face, and he tried to duplicate it to scare his younger brother. It worked so well at terrifying his brother that Skarsgård knew it’d be perfect for the film.

While the 27-year-old already had the smile in his pocket, he had to work on the creepy laugh.

Skarsgård said that during the audition process for Pennywise, the director asked him to also develop a laugh. And since Bill was living with four people at the time, the only available place to rehearse was in L.A. traffic.

The actor said, “I started with the laugh driving through Hollywood in clown face laughing like a maniac.”

Previous How to Have a Great Halloween Costume Looks With Colored Contacts
Next Behati Prinsloo and Adam Levine Are Expecting Baby No. 2