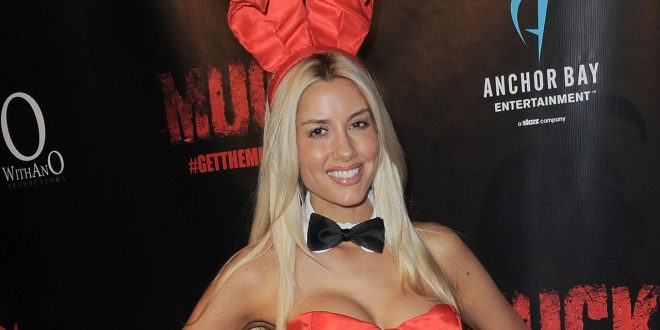 Selling Sunset star Heather Rae Young, 34, is having the time of her life.

Not only is the California native starring in one of Netflix’s top shows, which documents the lives of realtors as they balance work-life dramas while selling million-dollar homes to the who’s who in Hollywood, but she’s also enjoying her new marriage to HGTV’s Flipping 101 star Tarek El Moussa.

However, as she told The Sun, none of this may have happened if it weren’t for her past stint as a Playboy Playmate.

“It catapulted my career, it changed my life, it was the most defining moment in my life,” the reality star said about her experience posing nude for Playboy. “I don’t regret anything I’ve ever done. I’m proud of my life. Everything I’ve done has got me to where I am today.”

Though it’s been over a decade since she’s posed for Playboy, Young, who’s since taken the last name El Moussa in her personal life, admits that working for such a renowned publication gave her the confidence to change her career and focus solely on real estate.

“Modeling and acting transitioned me into real estate. I’ve met a lot of contacts through my modeling, acting career — a lot of wealthy people, celebrities,” she said. “I channeled that into real estate and using my contacts.”

Turns out, it was worth the effort. The star said she “sold over nine million dollars worth of real estate” in the first four months of entering the industry.

Heather and Tarek’s lavish October wedding will be showcased in all its glory when Discovery+ airs Tarek & Heather: The Big I Do on Dec. 16, which will also give viewers a glimpse into her life that they seldom see on Selling Sunset, including their family dynamic at home with her two step-kids: daughter Taylor, 11, and son Brayden, 6.

“I never even questioned taking Tarek’s last name. It solidifies our love and our relationship, plus it helps that my husband has a famous last name too. I’m proud to be an El Moussa,” she said, later adding, “I’m still trying to figure out how I’m going to tell the kids I did Playboy.”

The couple is already making preparations to expand their family. While Young told E! News Daily Pop that their “life is already crazy,” she’s choosing to remain “open” about having more kids.

“We’re going to freeze embryos first, go from there and then see what happens,” she said. “We’re raising two kids. I’m already a mommy. So I’m like, well, why not have just one more?”

“It would be a big decision,” she said. “It’s not just something that I want to say, ‘Let’s just see if it happens,'” but rather, “to create something with him, that’s ours, together … I feel I would regret it if I didn’t.” 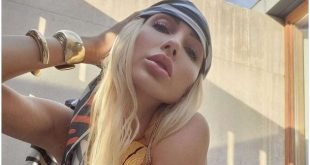