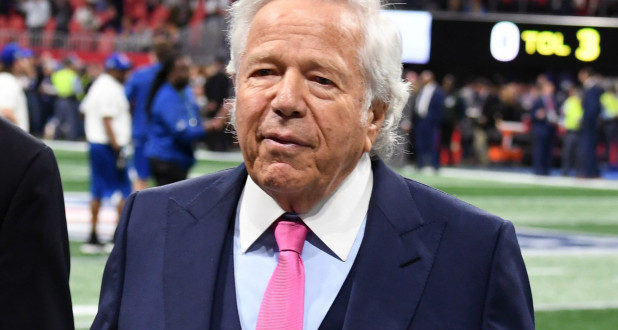 New England Patriots owner Robert Kraft made back-to-back visits to a Florida massage parlorwhere he was twice caught on camera paying for sex — including hours before his team clinched a spot in this year’s Super Bowl, according to court papers made public Monday.

Kraft allegedly spent 11 minutes with a masseuse who greeted him with a hug, fondled him on a massage table “and then put her head down by” his crotch the morning of Jan. 20, the day his Patriots beat the Kansas City Chiefs in the AFC Championship game.

Afterward, the woman helped the 77-year-old billionaire get dressed and hugged him again, to which he responded by handing her a $100 bill and “at least one other unidentifiable bill,” court papers say.

Kraft left the Orchids of Asia Day Spa in Jupiter, Fla. at 11:13 a.m., hopped into a waiting, blue 2015 Bentley and made his way to Arrowhead Stadium in Kansas City, Mo., where he watched the Pats score an overtime win against the Chiefs, 37-31.

New England went on to beat the Los Angeles Rams, 13-3, in Super Bowl LIII on Feb. 3, marking the team’s sixth victory in the Big Game since 2002 — all under Kraft’s ownership.

Kraft’s Jan. 20 visit to the massage parlor was allegedly his second in two days, and was preceded by a 25-minute three-way that included a rubdown by two women the day before, court papers say.
During the Jan. 19 incident, the women entered the room at 4:49 p.m. and began massaging Kraft, who was facedown until he turned over at 5:12 p.m., when the lights went out, court papers say.

The lights came back on at 5:14 p.m., and one woman “can be seen standing to his right side and her right hand is seen” fondling him for two minutes, court papers say.

Afterward, Kraft allegedly handed both women an unspecified amount of cash, and they hugged him and helped him get dressed.

He was driven away in the front passenger seat of a white, 2014 Bentley that was later pulled over by a cop who identified Kraft as the passenger, court papers say.

Kraft was charged following a six-month investigation by the Jupiter Police Department, which court papers say obtained a “sneak and peek” warrant to install hidden video cameras inside the massage parlor.

At least four cameras were allegedly used to spy on the parlor’s workers and clients between Jan. 17 and 22.

He is charged with two misdemeanor counts of soliciting prostitution, each of which carries a maximum one year jail and a $5,000 fine, Palm Beach County State Attorney Dave Aronberg said during a Monday news conference outside his office.

Kraft’s lawyer has the summons issued against him, Aronberg said, and either Kraft or his lawyer must appear in Palm Beach County Court on April 24.

On Friday, when the allegations against Kraft were first made public, a spokesman said, “We categorically deny that Mr. Kraft engaged in any illegal activity. Because it is a judicial matter, we will not be commenting further.”

No one from the Pats’ five-person media relations team returned inquiries on Monday.

The National Football League, which last week said it would “continue to monitor developments” in Kraft’s case, on Monday vowed to “take appropriate action as warranted based on the facts.”

“Our Personal Conduct Policy applies equally to everyone in the NFL,” the league said in a written statement.

“We will handle this allegation in the same way we would handle any issue under the Policy.”

Kraft is among 25 men charged in the case, and the only one among them who’s accused of making multiple visits.

Others charged in the case include John Childs, 77. who on Monday announced his retirement from the Boston-based JW Childs Associates private-equity firm, where he was a co-founder.

In addition to paying cash to the masseuses, Kraft was allegedly recorded handing cash to a woman at the front desk.

The spa allegedly charged johns $59 for a half hour and $79 for a full hour of service, plus tips.

The probe that snared Kraft was part of a sprawling investigation into South Florida massage parlors, with authorities saying the masseuses were trafficked from China to New York before being forced to live in slave-like conditions in the Sunshine State.

More than 200 suspected johns have been charged by various law-enforcement agencies, according to a database compiled by Treasure Coast Newspapers.

Among those on the massive list is Broward County (Fla.) Fire Captain Douglas Watler, 58, whose lawyer said he “was at a legitimate massage parlor for legitimate reasons.”

“To arrest him and to tie him into human trafficking is patently unfair and defamatory…and we plan to vigorously fight and defend these allegations in court,” lawyer Eric Schwartzreich added.

Also Monday, a Florida law firm filed emergency court papers on behalf of clients who want to block authorities from releasing video from the investigation to the news media.

“It’s a violation of their rights under privacy laws in Florida. Once those videos are released, you can’t un-ring those bells,” lawyer Jordan Wagner said. 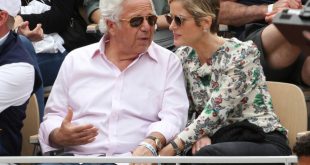 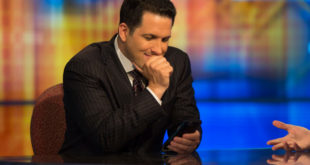 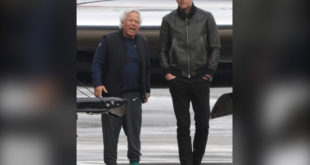