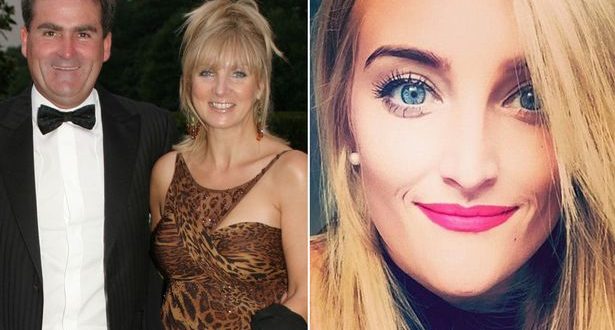 The former Sky Sports presenter was pictured walking with his 27-year-old ‘lover’, Lucie Rose, outside a five-star hotel in west London last month 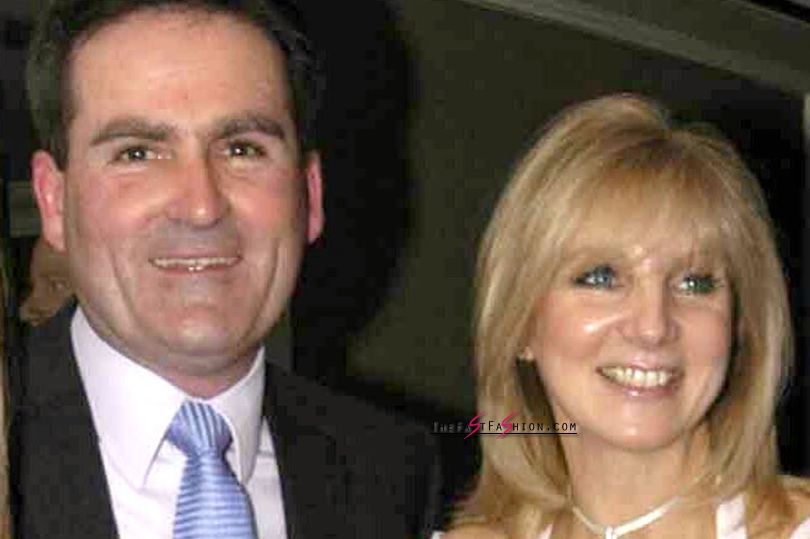 For Julia Keys, there was one ‘telltale’ sign that led her to believe her husband Richard may be seducing another woman behind her back.

The 57-year-old says the sports presenter, 59, started behaving differently with his mobile phone, being “overprotective” with the device.

He also allegedly began making secret calls and exchanging late-night texts, leaving his wife with a gut feeling that something was “going on”.

Julia says she later discovered that her husband had been carrying out a romance with a younger woman – who was also a friend of their daughter.

This prompted his furious wife of 34 years to claim that he had continued an affair with Lucie – their actress daughter Jemma’s lawyer friend.

In her first interview since reports of the affair re-emerged, Julia alleges she caught her husband receiving late-night texts from the younger woman.

She describes how, during a trip to Cornwall, she ended up replying to a message from Lucie after it popped up on her spouse’s phone.

At the time, Richard was asleep.

“Suddenly a message came through from Lucie saying, ‘Are you OK?’. I took the phone and pretended to be Richard, and wrote ‘No. I’m not,’ Julia tells the Mail on Sunday .

“The response was, ‘You sound so sad. I wish I was there to give you a big cuddle.’ We went on messaging from there,” she adds.

Julia claims that when she confronted her husband about the messages, he finally admitted that he had become “extremely close” to Lucie.

He had previously responded angrily and defensively when his wife had quizzed him about the way he was “dealing with his phone”, it is alleged.

During the interview, Julia also explains how Lucie walked over to her and grabbed her by the arm during a birthday party for Richard.

“[She] said, ‘Oh, are you going now, Julia?’ It was the tone she used,” the mum-of-two tells the newspaper. “That was the moment I knew.”

Julia, who was diagnosed with cancer in 2009, says she was extremely upset after her husband finally admitted he had got “close” to Lucie.

A trained counsellor, she has now written a book called The Manscript , which helps readers to identify when their partner is cheating on them.

It also offers them advice on how to cope with an unfaithful relationship.

In her interview, Julia claims that working on the book actually helped her to realise her husband was showing classic symptoms of infidelity.

Last October, allegations emerged that Richard, who has two kids with Julia, had been having a fling with Lucie while working in Qatar.

The sports presenter later posted an update on his official Facebook page.

He said while his marriage had been “fairly turbulent” recently, the pair have “no desire to split up after 34 years together”.

He wrote: “What an extra-ordinary 24 hours that has been.”

Julia claims her lawyers persuaded her to back her husband after the claims got out.

However, she alleges that, two months later, she learned that Richard had planned to meet his younger lover during a business trip to Dubai.

A further two months on, she says she has been driven to “press the divorce button” after the recent photos of her husband and Lucie emerged.

But despite this, she maintains she and Richard have enjoyed “a happy marriage” lasting more than three decades, the Mail on Sunday reports.

Richard presented the Sky Sports coverage of Premier League football for 19 years before resigning in disgrace over sexist remarks he and co-presenter Andy Gray made off-air about match official Sian Massey.

In another studio conversation, which was filmed but not transmitted, the presenter asked pundit Jamie Redknapp about a former girlfriend: “Did you smash it?” – crude slang for: “Did you have sex with her?”

Julia’s book, Manscript, will be released soon, The Telegraph reports.

A representative of Richard declined to comment to the newspaper.