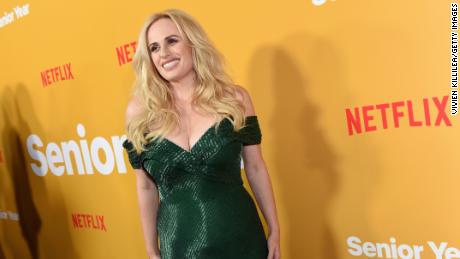 Rebel Wilson came out after reporter planned to do story

The LGBTQ community was elated last week when Australian actress Rebel Wilson revealed on Instagram she was in a relationship with a woman, clothing designer Ramona Agruma.

“I thought I was searching for a Disney Prince… but maybe what I really needed all this time was a Disney Princess. #loveislove,” Wilson wrote in the caption alongside a photo of herself and Agruma.

While fans and friends flooded the comments section with support, they soon learned the Senior Year star’s decision to share her relationship news may have been prompted by an Australian gossip columnist, Andrew Hornery. Two days after Wilson’s post, he revealed in a since-deleted column for The Sunday Morning Herald that he’d planned on disclosing Wilson’s relationship himself, and that he’d given her a two-day window to respond before publishing.

After facing backlash for what many perceived as a threat to out Wilson’s relationship against her will, Hornery issued an apology, stating it was never his intention to hurt the actress and that it’s “not the Herald’s business to ‘out’ people.”

Wilson reacted to a Twitter thread about the situation over the weekend, noting, “It was a very hard situation but trying to handle it with grace.”

So apparently it wasn’t @RebelWilson‘s choice to come out… The @smh/@theage have admitted to giving her a heads up 2 days in advance that they were going to “out” her. What’s worse, openly gay men at the Sydney Morning Herald were involved in this. 🤦🏼‍♀️ https://t.co/Zl80zg01SW

While Wilson’s revelation was well-received, it doesn’t always go this way. And experts say that outing someone — divulging their sexual or gender identity or, as in Wilson’s case, news of a queer relationship — can bring detrimental ramifications, whether the person is famous or not.

Coming out is a process

“You don’t know her social situation,” Dr. Eric Yarbrough, an NYC-based psychologist with a focus on the LGBTQ population, tells Yahoo Life about why sharing news like this about another person is not advisable, and how it can have a lasting impact. “Maybe she [or anyone in a similar situation] has a family that’s not accepting, or has a job that she’s currently working in that is not accepting and she might be keeping it a secret or not telling for a particular reason — and by [outing them] you could damage the person’s relationships, or even damage their career.”

Even after a person comes out to their core group of family and friends, the “coming out” process doesn’t end there, Yarbrough explains. Whether it’s to strangers, coworkers, employers, or future employers, having ownership and control of one’s narrative is important to everyone, celebrity or not.

“You never want to push anybody out of the closet,” he continues. “You want to give people space to figure out who they are, and give them time to come to that conclusion, so that when they do reach that point, whatever point that is, they know they found it on their own and weren’t led there.”

Many of Wilson’s fans agree, judging from the overwhelming support the actress has received in the wake of Hornery’s column.

But outing others still has a long and complicated history.

A brief history of outing

Long before queer people began coming out themselves, their relationships and identities were often weaponized by others, particularly throughout the 1950s and ’60s, when such outings often led to people being forcibly displaced from their homes, fired from their jobs or targets of violence.

After the Stonewall uprising in 1969, however, some queer activists began outing fellow LGBTQ people themselves, either as a way to expose hypocrisies, as with anti-gay politicians, or to push equality forward, as with closeted celebrities. But this came with much controversy, as many activists disagreed with the idea of outing celebrities.

Musto, who was well known for putting pressure on celebs like David Geffen, Malcolm Forbes, Jodie Foster, Richard Chamberlain and Liz Smith to come out, spoke with Yahoo Life last year about that era, explaining that outing celebs was an attempt to normalize gay culture for the masses during a time when LGBTQ people were vastly ignored in the political process.

“Gossip columns readily delved into public figures’ personal lives and also their problems without permission, but those same columnists considered gay the last taboo — virtually unspeakable,” Musto told Yahoo Life in 2021 about what some now see as an outdated belief system. “Outing was called ‘McCarthyism’ by some, but it was the opposite. It was telling the icons to be out and proud and stop pretending.”

Signorile agreed, previously telling Yahoo Life that public figures should only be targeted “when it’s relevant,” such as closeted politicians who routinely vote for anti-LGBTQ legislation like former Rep. Ed Schrock of Virginia, former Alabama Attorney General Troy King and former Rep. Aaron Schock of Illinois. But even in those cases, he said, journalists should be aware of the potential impact outing has on the subject.

In the 2000s, Hilton was also well-known for pushing celebrities out of the closet, including Lance Bass, Clay Aiken, Neil Patrick Harris, former Fifth Harmony star Lauren Jauregui, and others.

Previous Madonna Is Total 🔥 At Britney’s Wedding With Sculpted Legs In Fishnets And Sky-High Heels
Next Dolly Parton’s $1M donation: ‘I’m willing to do my part’ 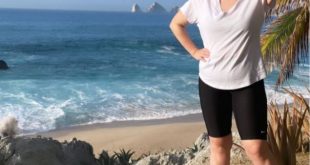