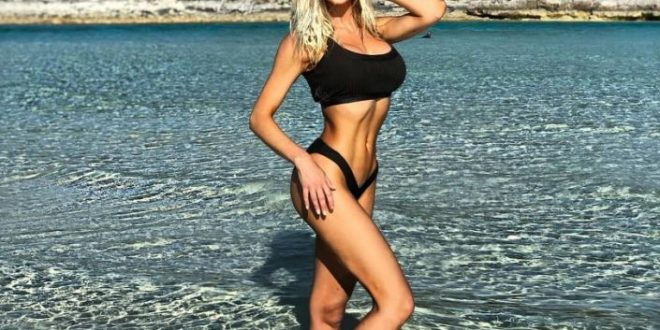 As the COVID-19 vaccine is being rolled out in the UK, Olivia Newton-John’s daughter Chloe Lattanzi has copped some backlash after going on an anti-vax rant on social media.

The 34-year-old made the controversial comments in a Facebook post on Sunday in which she claimed that she “doesn’t agree with vaccines.” 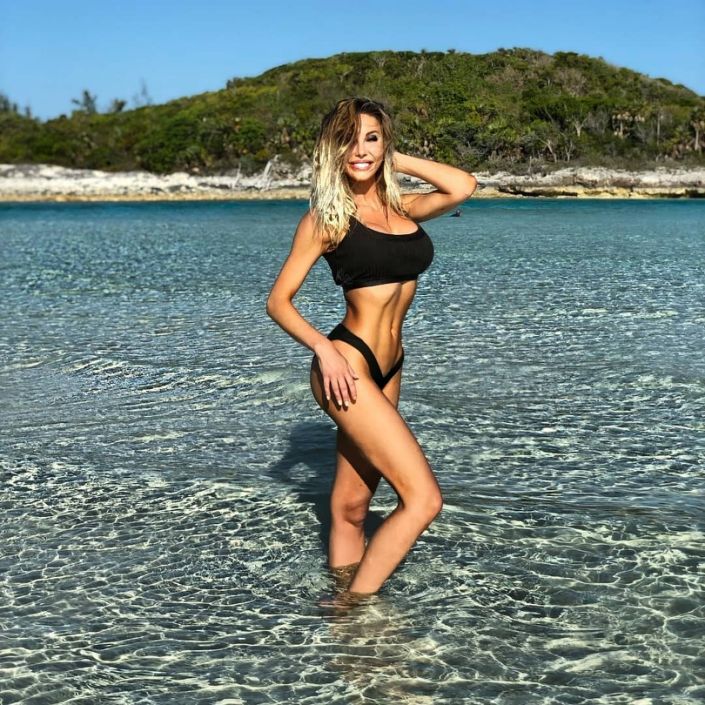 “Not republican!!! Not democrat! What do you do when you don’t fit in a box!? When you are a vegan, cannabis growing, lgbtq supporting, Buddhist that doesn’t agree with vaccines?” she added.

Chloe also shared a screenshot of more text, however, it’s not clear whether these are also her words or those of another social media user.

“Sorry but not being in favour of lockdowns, masks and vaccines does NOT make me a member of the radical right or a ‘radical’ of any kind,” the text read. 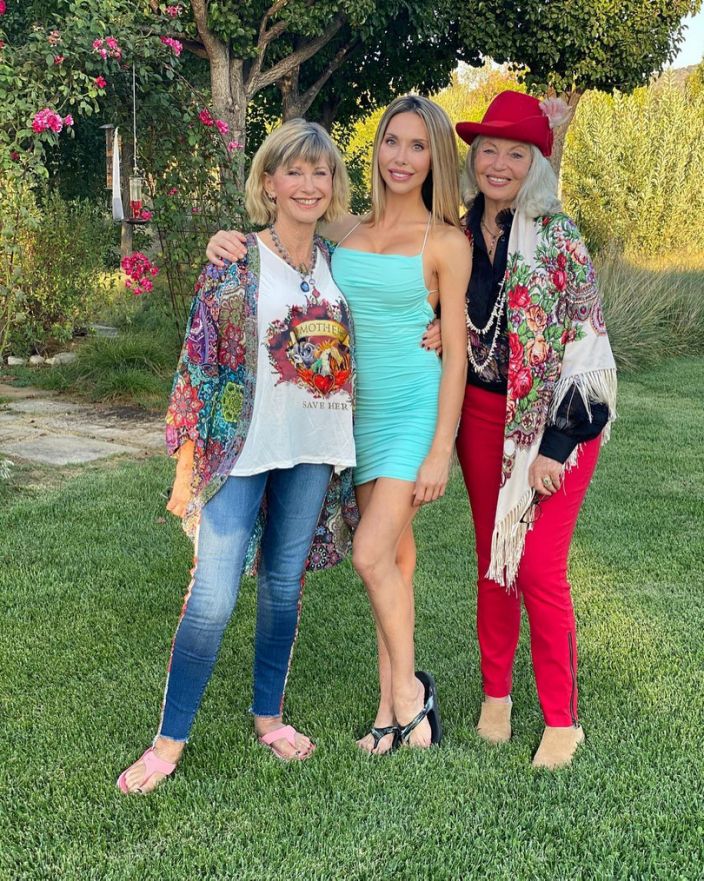 “What I’m a member of is a community that supports exploring for yourself rather than blindly following politicians, scientists or doctors…” it continued.

Grease star Olivia’s only child runs a medicinal cannabis farm in Oregon, in the US and recently praised the cancer-fighting properties of a rainforest fruit called Graviola, also known as Soursop in an Instagram post, however, there is no medical evidence to support this.

Olivia, of course, has battled breast cancer three times and is an advocate for medicinal marijuana having used cannabis oil to ease her cancer pain.

In a separate post which has since been deleted Chloe reportedly criticised the wearing of face masks and drew a link between the practice and breathing problems.

“I wear a mask when inside public places,” she wrote.

“Doesn’t mean I think they aren’t causing harm to little ones, and poor people that aren’t sick that have to suffocate 9 hour days. That when asked have cried to me because they can’t breathe and are now having health problems. I’m gonna regret this,” she added.

While face mask use can increase feelings of breathlessness in some people, research has concluded that it has a ‘negligible negative effect on oxygen and carbon dioxide levels’. 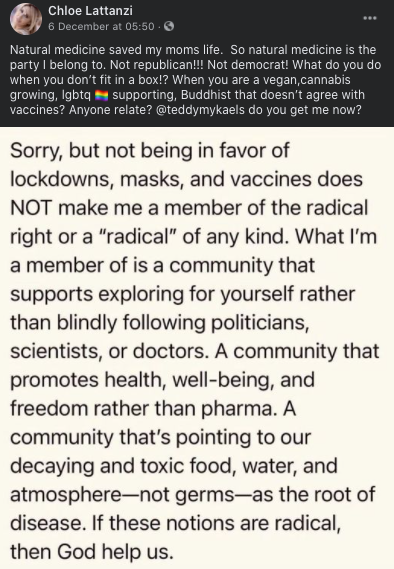 Her comments have stirred up passionate responses from both sides of the anti-vax argument, with many taking to the comments section on her post to air their opinions.

“If you are not in favour of lockdowns and wearing masks during a pandemic, you are basically a danger for you and others. There’s nothing much to debate about it,” one wrote.

“You do you, and I will do me!” wrote a supporter.

“Totally agree with you Chloe,” another replied.

The Morning Show entertainment editor Peter Ford weighed in on the outrage on Monday morning, saying that said Chloe “obviously knew that she was entering into pretty turbulent waters by expressing these opinions.”

“She’s an anti-vaxxer, her belief is very strong about natural medicine,” he added. 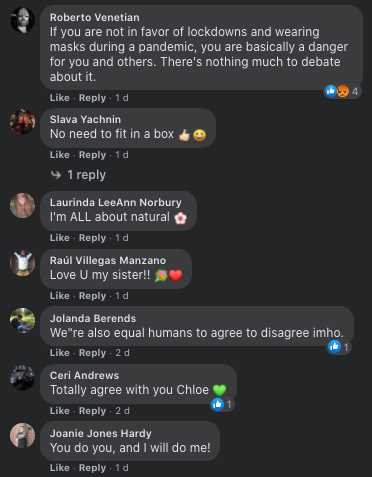 The 34-year-old received some criticism and some support for her views. Photo: Facebook/chloelattanziofficial. 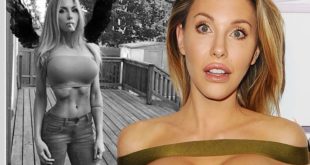