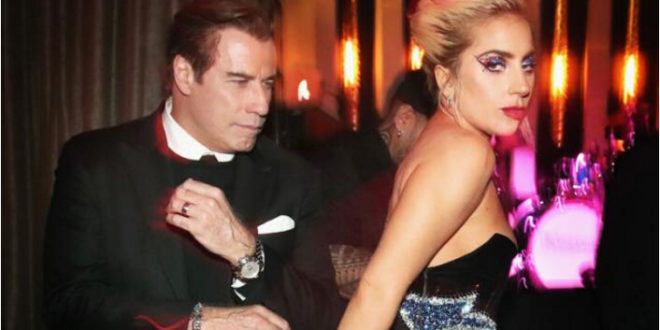 Lady Gaga might have just found her newest backup dancer.

The “Million Reasons” singer, 30, danced the night away with John Travolta at Interscope’s Grammys afterparty on Sunday night. The unlikely duo showed off their impressive moves as they hit the dance floor together. 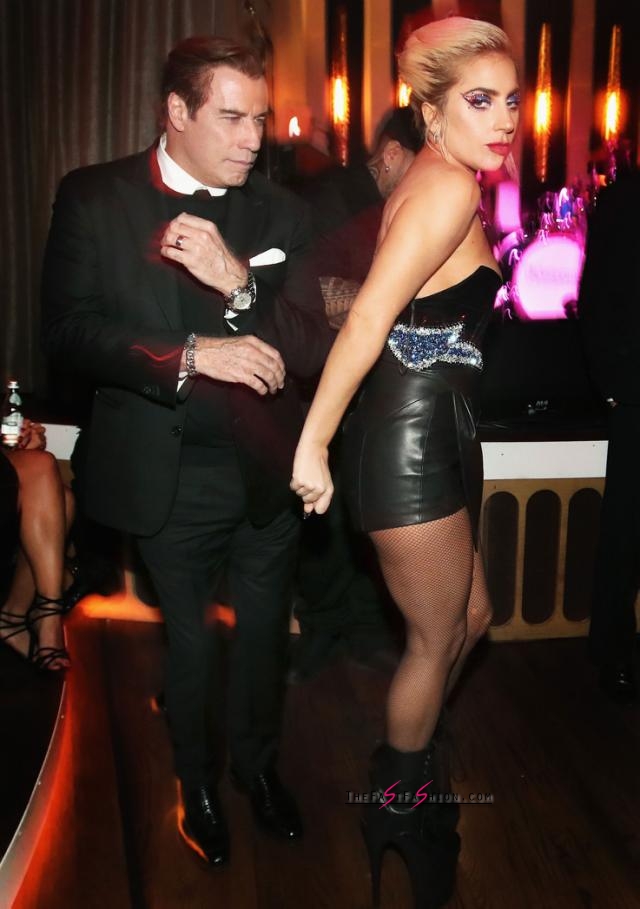 Gaga wore an edgy all-leather mini-dress with an asymmetrical neckline at the party, while Travolta kept his look classic in a sleek black tux. Gaga was at the event with her new boyfriend, agent Christian Carino. However, the couple did not pose for photos together.

The singer appeared to be in good spirits at the afterparty, despite a performance with Metallica marred with technical difficulties earlier in the night.

Performing “Moth into Flame” during the award ceremony, Gaga got the song off to an energetic start, but they soon hit a snag when lead singer James Hetfeld tried to sing his verse and realized his microphone wasn’t working. The music pros soldiered on, with only Gaga’s singing audible for the first few minutes. 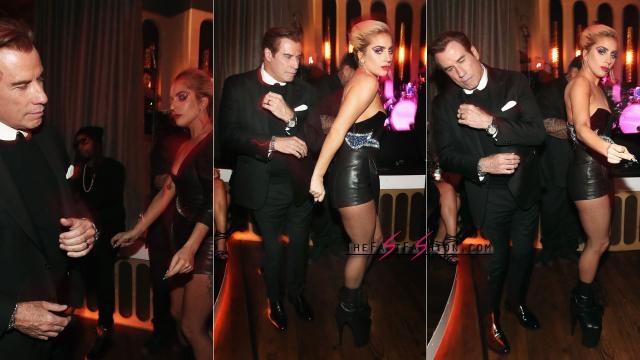 The rocker took out his frustration with the non-working mic by knocking it down near the middle of the performance, instead sharing Gaga’s as they both sang together. The malfunction came right after Adele had to restart her George Michael tribute.