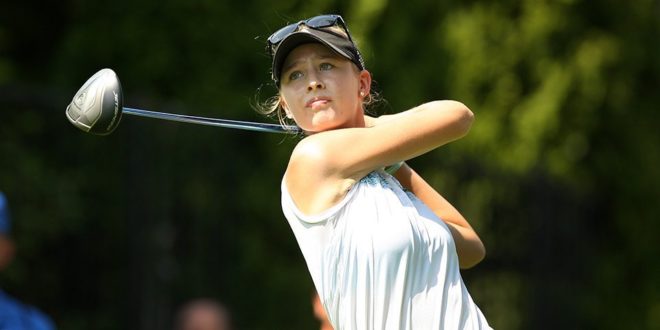 Nelly Korda birdied the final two holes for a 5-under 66 and a two-stroke lead Saturday in the Marathon Classic.

The 18-year-old Korda, the sister of LPGA Tour winner Jessica Korda and daughter of tennis major champion Petr Korda, had a 15-under 198 total at Highland Meadows. She opened with a 68 and had a 64 on Friday, the best score in the second round.

“There’s still 18 more holes and a lot of golf left to be played, so I’m just going to stay patient and see how it goes,” Korda said. “Not really going to think about it too much. I’m not going to get ahead of myself. I’ve done that a couple times this year, and I’m just going to take it shot by shot.”

Korda closed with three straight birdies Friday, and also birdied the par-5 18th on Thursday in a round that ended with a birdie on No. 9. 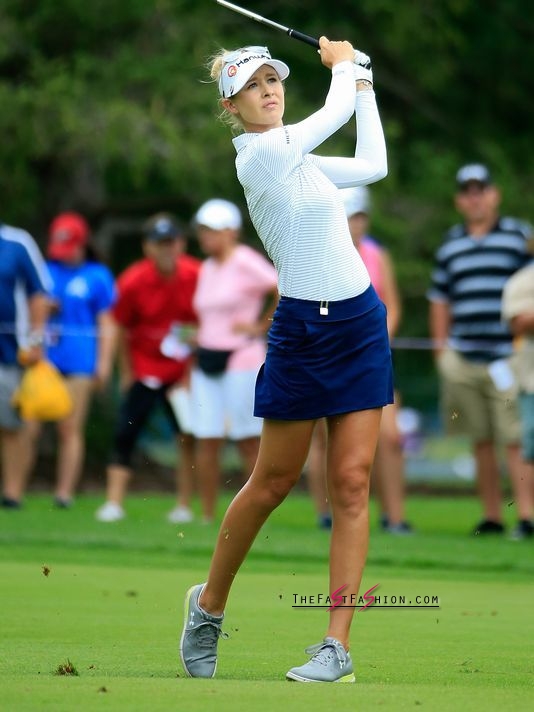 “When you end on a birdie, you’re just really excited to play the next day and get it doing, so I’m definitely excited,” Korda said.

In-Kyung Kim was second after a 68.

“I’m not hitting the ball flight I would like,” Thompson said. “I’m actually hitting a little cut out there, but it’s just getting me around. I hit it very solid the last few days, so a lot of positives to take from it.”

“There’s no need to fix something that ain’t broke,” Piller said. “The putts just didn’t fall for me today, but my game feels great. Got it back to under par, which was huge, after being 1 over at the turn. Just looking forward to tomorrow, having some fun, and making some birdies.”

Lydia Ko, winless since her victory last year at Highland Meadows, was tied for 19th at 7 under after a 65. She also won the 2014 event.

Korda is in her first year on the tour.

“There’s so many good young players out here on tour that I don’t even feel like I’m 18, truthfully,” said Korda, who will be 19 on Friday. “But it’s really cool and I’m definitely excited for tomorrow. …

“I’ve learned a lot my rookie year out here. It’s definitely to stay patient and really to take it shot by shot. I’ve been in a couple positions where I’ve been on top of the leaderboard, and I just really got ahead of myself, started thinking too far ahead.”

She expected some simple long-distance advice from her sister.

“She’ll probably just be like, ‘Breathe a lot and go to sleep,’” Korda said.