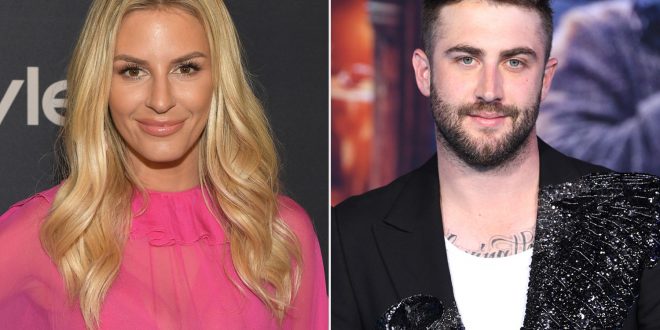 Morgan Stewart and fiancé Jordan McGraw are pregnant and expecting a girl.

The host of E!’s “Daily Pop” posted a clip to Instagram of the pair’s gender reveal, which took the form of a large black balloon, which McGraw popped to reveal a shower of pink confetti. (Who knew they were Goo Goo Dolls fans?)

“She may not be great at math but at least we know she’ll be well dressed,” Stewart somewhat problematically captioned the clip.

The post also doubles as a pregnancy announcement from Stewart, 31, and McGraw, 34, who got engaged over the Fourth of July weekend. Stewart and McGraw — the musician son of TV’s Dr. Phil McGraw — got together in January, according to Stewart, who confirmed their relationship in March.

“We dated 10 years ago for a year, and then he broke up with me because he was, like, ‘I’m not down with you, bitch,” Stewart joked in March. “And then I went on to obviously have another relationship … [Recently], he was persistent, and I was, like, ‘Alright,’” she explained.