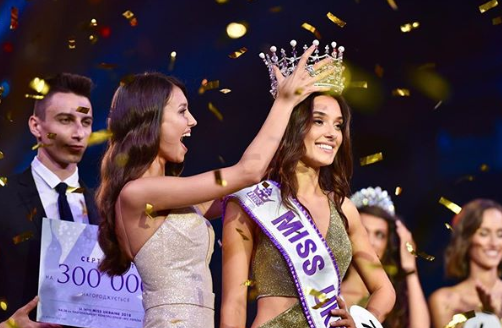 Miss Ukraine stripped of her crown for lying

A new Miss Ukraine was crowned on Thursday in the country’s capital city of Kiev. But the celebratory beauty pageant that concluded with Veronika Didusenko winning the title and wearing the prized sash and crown has taken quite a turn. Pageant officials have stripped her of her title for lying about her personal life on her application.

The 23-year-old, who was commemorating her big win on social media is now thanking followers for their support after the organizing committee announced her disqualification on Monday. According to the statement from the official Miss Ukraine organization, Didusenko was in direct violation of the contest’s rules when she applied to compete, as Didusenko had previously been married and had a child. 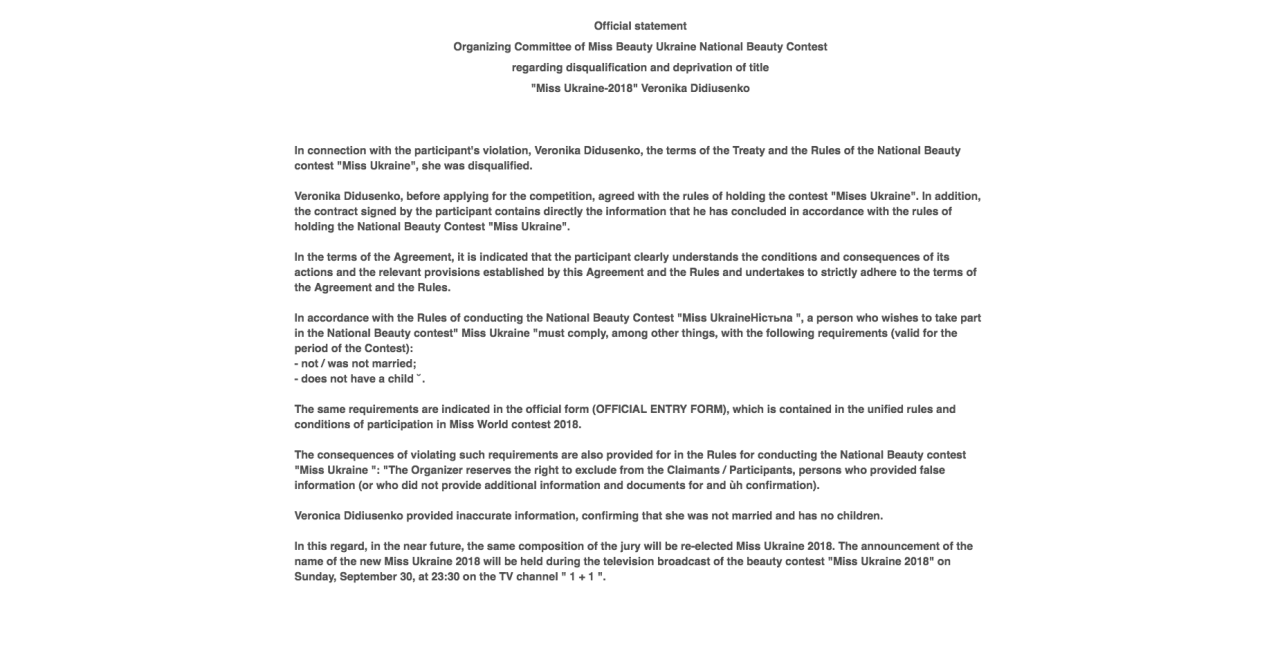 “In accordance with the Rules for conducting the National Beauty Contest Miss Ukraine, a person who wishes to take part in the National Beauty Contest “Miss Ukraine” must comply, among other things, with the following requirements (valid for the period of the Contest): – not / was not married; – has no children,” the statement reads. “The same requirements are indicated in the official form (OFFICIAL ENTRY FORM), which is contained in the unified rules and conditions of participation in Miss World contest 2018.”

Didusenko, who works primarily with children as part of the Young Einsteins organization in Ukraine, allegedly did not disclose the truth in her paperwork and omitted information about her 4-year-old son, who is absent from her social media accounts. However, some of her supporters think this shouldn’t be a reason to take away her title.

“I do not think that the child and the family should be an obstacle to their dream,” one person commented on Didusenko’s Instagram account. While another wrote, “It’s time to change the rules.”

But still, there are others who argue that a rule is a rule, and that Didusenko had no business breaking it. “The rules are the same for all, and Ukraine did not come up with them, but the founders of this world competition.”

Now, Miss Ukraine officials have yet to decide which contestamt will fill her position to compete in Miss Universe. The competition’s jury plans to announce a new Miss Ukraine 2018 on Sept. 30 in a television broadcast, according to a statement.

In Didusenko’s most recent Instagram post, the model thanks fans for their “sincere support at such a difficult time,” and even acknowledges her growing following since the controversy. Now, with over 11,000 followers, Didusenko could have a future as a social media influencer despite losing her crown.