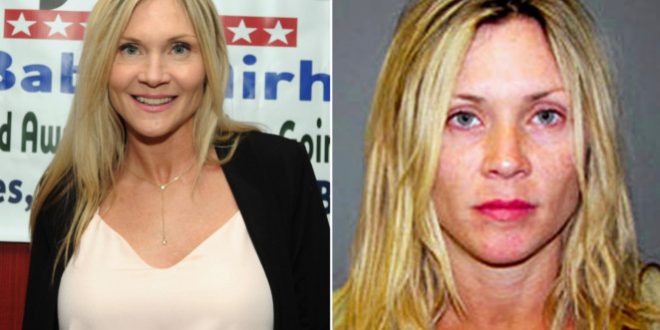 “Melrose Place” actress Amy Locane is headed back behind bars.

On Thursday, New Jersey State Superior Court Judge Angela Borkowski sentenced Locane to eight years in state prison related to a fatal 2010 DWI crash near Princeton. Per state law, she must serve over six years before being eligible for parole.

The 48-year-old famously left the “Beverly Hills, 90210” spinoff after its first season in 1992. The 2010 accident she was involved in killed 60-year-old Helene Seeman and severely injured Helene’s husband Fred. Locane, who witnesses saw drinking the night of the crash, contended a third motorist distracted her and caused her to collide with the Seemans’ car as they turned into the driveway of their Montgomery Township home.

Locane’s blood alcohol content was reportedly three times the legal limit the night of the crash. She was driving roughly 53 mph in a 35-mph zone, according to NBC Connecticut and reportedly flirted with one of the officers responding to the crash, information her defense attorney at the time attempted to suppress.

Locane’s conviction, which included vehicular manslaughter, earned her a three-year-sentence in 2013. But the case has seen multiple appeals and re-sentencing, with a different judge from the original case sentencing her to five years in 2019. (Three judges have issued four different sentences in the case.)

James Wronko, Locane’s attorney, is pursuing a double-jeopardy defense — arguing that Locane has completed her original sentence and parole term and cannot be re-sentenced for the same crime — and is hoping the New Jersey Supreme Court will hear Locane’s appeal within 45 days.

Borkowski contended Thursday that Locane still hasn’t taken full responsibility for her crash — a view held by Fred Seeman, who was in court Thursday — and said Locane is at risk of being a repeat offender. (Locane apologized to the Seeman family Thursday in a statement.)

“You made a conscious decision to drink that day and continued to drink, recognizing at the onset that you needed a ride but didn’t obtain one,” Borkowski told Locane. “If you hadn’t gotten behind the wheel of your vehicle on this night, the incident never would have happened.”

Locane has two children, one of whom has Crohn’s disease, who figured into a lenient sentence from one judge in the case. In 2017, her husband, Mark Bovenizer, served her with divorce papers five months after her release.

“I made a horrible mistake on June 27, 2010, one that devastated a lot of people,” she told NJ.com in 2017. “I will always live with that pain. I can’t get it back. All I can do is stay sober and make my life a living amends to the life of Helene Seeman.”