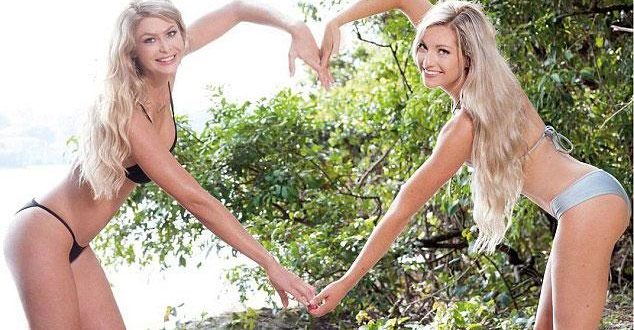 They first met while appearing on The Bachelor last year and now Megan Marx and Tiffany Scanlon have celebrated their first Valentine’s Day together.

To mark the special occasion, Tiffany shared a bikini-clad photo of herself and Megan linking their hands and arms into the shape of a love heart.

“Happy #valentinesday to all the lovers and singles out there in all shapes and sizes #loveislove,” the 30-year-old captioned the photo which was taken during their photoshoot with Maxim in December 2016.

In another outtake from the skimpy shoot, the girls lie on the sand in matching black bikinis, with Megan placing a protective arm over her girlfriend’s stomach.

The couple’s first magazine spread debuted at the end of last year, after they went public with their relationship following their stint on the dating reality show where they both vied for the heart of Richie Strahan.

Originally both from Western Australia, last month Tiffany and Megan relocated to Bali. 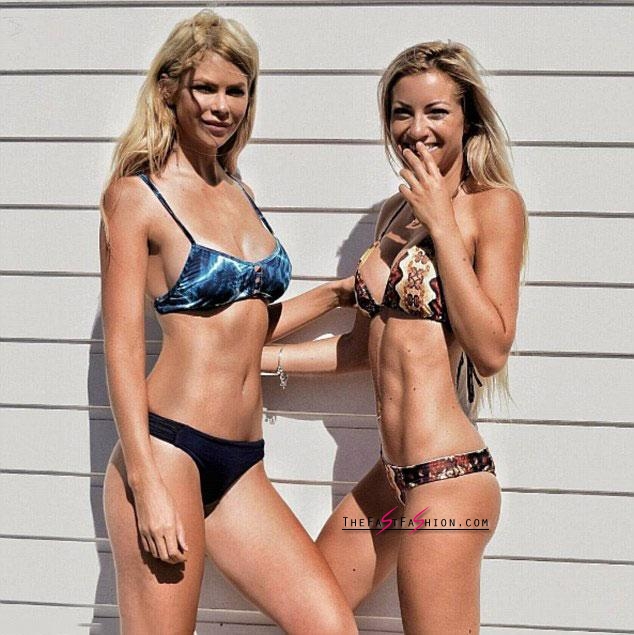 They were obviously keen for a change of scenery, with Megan recently writing an open letter on Popsugar to complain about Aussie guys pestering her and Tiff for threesomes, and claiming that they could “turn them” into being straight.

“To a woman who is a lesbian, this is actually a really offensive statement,” Megan wrote.

“Being that I’m not a lesbian, it means that I just find you generally cocky and ignorant. What you’re actually saying is that you could “turn me” from an all-sex-attracted woman into a cheater. Go AWAY.”