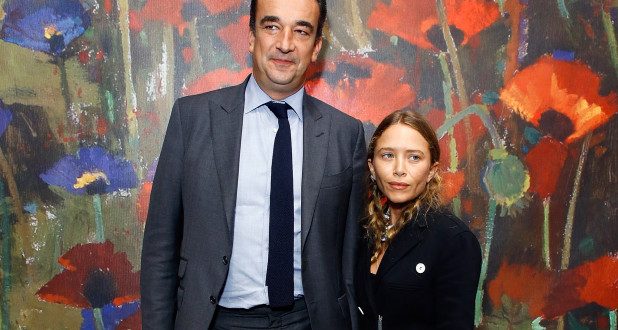 Mary-Kate Olsen is divorcing her French banker husband Pierre Olivier Sarkozy — alleging in legal papers that he is cruelly kicking her out of their New York home next Monday in the middle of a pandemic.

Olsen, 33 — who wed Sarkozy, 50, in 2015 — signed a summons and complaint for divorce on April 17 when, “it was clear my marriage was over … the relationship has broken down irretrievably” the court papers, filed in New York’s Supreme Court, state. But she was informed the New York courts were not then accepting divorce filings.

She is now asking the court to allow her to file an emergency divorce petition claiming, “My husband has terminated the lease on our New York City residence … without my consent.

“This application is an emergency because my husband expects me to move out of our home on Monday, May 18, 2020 in the middle of New York City being on pause due to COVID-19.”

She also claims that she has reached out to Sarkozy’s attorney and her landlord begging to stay past May 30. “I am petrified that my husband is trying to deprive me of the home we have lived in and if he is successful, I will not only lose my home but I risk losing my personal property as well.”

Olsen says that due to the pandemic she can’t “look for another apartment right now, let alone retrieve my separate property belongings and am gravely concerned my husband will dissipate, dispose of and/or secret,” not only her things, but their marital property, according to the court docs.

Olsen also states in the papers that her marriage to Sarkozy — the half-brother of former French President Nicolas Sarkozy — had started crumbling even before the COVID-19 pandemic hit.

“The relationship between [the two] has broken down irretrievably for a period of at least six months,” the papers, dated May 13 and signed in East Hampton, state.

She is asking for continued use of their sprawling Hamptons home in Bridgehampton, their main apartment in Gramercy, plus another apartment on E. 49th Street.

Olsen — who with her twin sister Ashley is said to be worth $100 million — also requests that the terms of their prenuptial agreement be enforced, and that Sarkozy maintain health and dental insurance for her.

Exhibits attached to the filing include a May 3 email from Sarkozy where he allegedly states his decision to end the lease on their Gramercy apartment was because, “I am not in a position to extend it and/or pay additional rent.”

Plus, an email from Sarkozy’s attorney Adam Turbowitz to Olsen’s attorneys, which indicates further tension, “Olivier advises he went to the NYC apartment yesterday and noticed that a number of items of personal property were removed from the apartment. While Olivier has no issue with Mary Kate taking what she wants/needs, he would like a list of what has been removed so that he can keep track of who has what for the overall personal property division.”