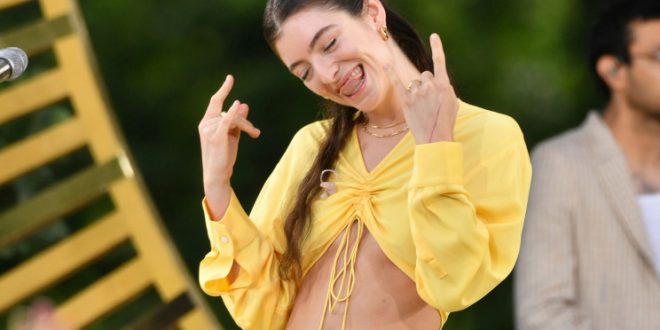 Lorde reveals she took MDMA for ‘Melodrama,’ albums are drug-themed

New Zealand pop star Lorde has revealed that her albums correlate to the drugs she was using while creating them: Her 2013 debut album, “Pure Heroine,” is alcohol; 2017’s “Melodrama” is MDMA; and her most recent release, “Solar Power,” is cannabis, she told Vogue.

Initially, she had planned for “Solar Power” to be an LSD-themed record.

“I thought I was going to make this big acid record but I don’t think it was an acid album. I had one bad acid experience in this album and was like, ‘Meh, it’s a weed album.’ It’s one of my great weed albums,” she told the New York Times.

More than drugs, though, “Solar Power” is really about Lorde’s recent rediscovery of the natural world, she explained to Vogue. Her reconnection with the Earth followed her disconnecting from technology in 2018 when she quit social media entirely.

“I could sense that it would be very bad for the work and for me if I stayed online,” she said in her interview for Vogue’s October cover story. “I don’t think I’ve met too many people for whom social media is a net positive. It’s producing crazy chemicals, forming crazy neural pathways that are not rooted in positivity. You don’t want to be the person shaking their finger, and I’m totally aware that it’s an immense privilege, a social privilege and kind of an economic privilege, to be able to abstain. But I think we’ve got to be upfront about the things that are making us sick as a society.”

In addition to rejecting social media, Lorde also struggles to make peace with her own fame.

“I’m a highly sensitive person,” she told the magazine. “I’m not built for pop star life. To have a public-facing existence is something I find really intense and is something I’m not good at. That natural charisma is not what I have. I have the brain in the jar.”