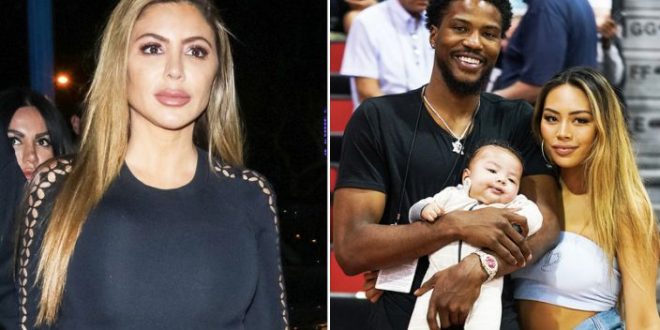 The basketball world went into meltdown this week when photos emerged of Beasley, 24, walking hand-in-hand with Pippen, 46, in Miami.

On Thursday Pippen – the ex-wife of Chicago Bulls legend Scottie – took to social media with a cryptic message that seemed to address the scandal.

“Don’t always trust what you see on social media. Even salt looks like sugar,” Pippen wrote.

Reports emerged on Thursday that Yao has subsequently filed for divorce.

“Wow … I don’t even know this man … this is wild y’all I’m seeing it for the first time just like y’all,” Yao wrote on Instagram after seeing the photos.

“I’ve always and will forever remain true to who I am and GOD has never let me down.

“The truth always comes out one way or another…”

Another person who didn’t seem too impressed by the photos was Pippen’s son Scotty Jr.

The NBA prospect, currently playing college basketball at Vanderbilt, went on a ‘liking’ spree on Twitter over fan comments about his mother.

RELATED:  Scottie and Larsa Pippen 'Working on Their Marriage' After Filing for Divorce: Check Out Her Massive New Ring

Pippen Jr liked about a dozen posts with messages of support from fans.

“Focused on myself and my goals,” he wrote.

“I’m not responsible for nobody’s actions. All good over here.”

Last year she was also forced to deny reports she was seen leaving a Los Angeles nightclub with Aussie star Ben Simmons.

Larsa Pippen back in the spotlight

Earlier this year she received some ugly backlash from fans about her divorce from Scottie.

Scottie was back in the news after he featured heavily in ESPN’s 10-part docu-series ‘The Last Dance’, which chronicled the the Chicago Bulls’ famous dynasty of the 1990s.

Larsa posted a photo to Instagram during the series with the caption: “Find someone who’ll put u first!!”

In response one follower wrote: “Too bad you didn’t put Scottie Pippen first.”

Larsa fired back and said: “Really? I did everything for him literally everything.”

When another fan wrote: “That’s what Scottie did smh”, Larsa replied: “How do u know that?”

The person commenting then said: “@larsapippen bro he was loyal to you no? Correct me if I’m wrong but didn’t you do adultery first?”

To which Larsa spat back: “Stop tripping dude u don’t know what you’re talking about. I held him down and still do.”

“Just bc I don’t air his dirty laundry doesn’t mean it doesn’t stink I just don’t wanna do his laundry anymore.” 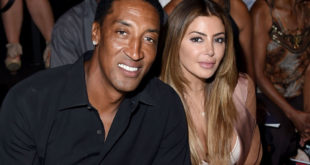 Scottie and Larsa Pippen ‘Working on Their Marriage’ After Filing for Divorce: Check Out Her Massive New Ring