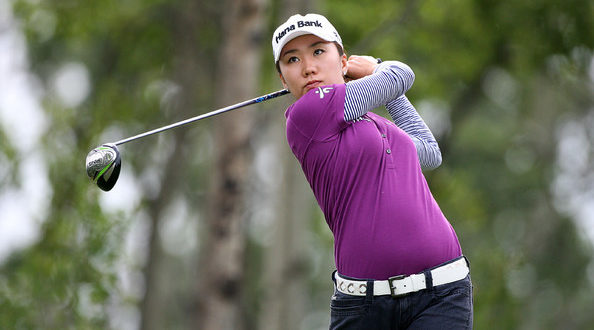 In-Kyung Kim rallied to win the Marathon Classic at Sylvania, Ohio, to become the second two-time winner this season on the LPGA Tour.

Two strokes behind 18-year-old Nelly Kim entering the round, Kim birdied six of the first nine holes and finished with an eight-under 63 for a four-stroke victory over Lexi Thompson.

Thompson closed with a 66.

Grayson Murray unhappily found himself with a couple of extra days to prepare for the Barbasol Championship — and ended up with a breakthrough victory in Opelika, Ala.

After missing the weekend cut last week in the John Deere Classic, the rookie won his first PGA Tour title. He holed a five-foot par putt on the final hole for a one-stroke victory.

Murray closed with a three-under 68 to edge Chad Collins on Grand National’s Lake Course. He finished at 21-under 263, a tournament record.

Sam Ryder completed a blowout victory in the Web.com Tour’s Pinnacle Bank Championship at Elkhorn, Neb., to wrap up a PGA Tour card for next season.

Seven strokes ahead after shooting a course-record nine-under 62 in the third round, Ryder closed with a four-under 67 for an eight-stroke victory over four players. The 27-year-old former Stetson player finished at 21-under 263 at The Club at Indian Creek in the first-year event.