Breaking News
Home / Celebrity / Kylie Jenner Says Her Family Cut Her Off Financially at Age 15: ‘None of My Money Is Inherited’ 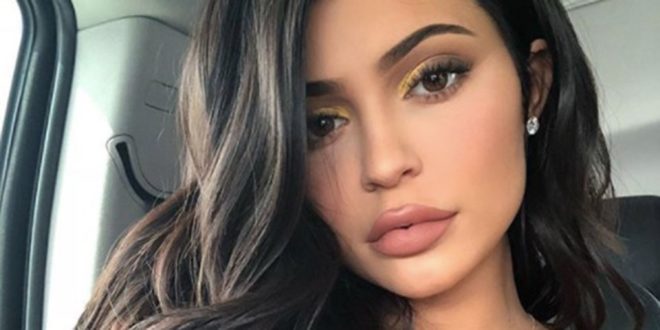 Kylie Jenner Says Her Family Cut Her Off Financially at Age 15: ‘None of My Money Is Inherited’

Kylie Jenner is responding to critics who say she’s not “self-made.”

In a new cover story for PAPER Magazine, Jenner, 21, opened up about her finances — and responded to the backlash over her Forbes cover last summer.

In July 2018, the makeup mogul was named one of America’s richest self-made women — with many wondering if “self-made” could apply to someone from a wealthy family like the Kardashians.

To set the record straight, Jenner told PAPER that her parents, Kris and Caitlyn Jenner, “cut her off at the age of 15.”

“I had such a huge platform, I had so many followers already and I had so many people watching me,” Jenner said, adding that “the self-made thing is true.”

“My parents told me I needed to make my own money, it’s time to learn how to save and spend your own money, stuff like that,” she said. “What I’m trying to say is I did have a platform, but none of my money is inherited.”

As seen Keeping Up with the Kardashians, she still lived with mom Kris until she turned 18, buying a $2.7 million Calabasas mansion in 2015. At the time, Jenner told InStyle U.K.that Kris had stopped funding her lifestyle three years earlier, though a source told PEOPLE, “getting cut off is more of a technicality.”

“She had a refrigerator full of food and all the luxuries that come with [living with] Mom but unless it was a gift, if she wanted a new Chanel bag, Kylie was the one paying for it,” the source said.

Of creating her makeup company, Kylie Cosmetics, Jenner told PAPER that she “followed her heart.”

“I just knew for myself as a customer, like, why am I buying a lip liner and a different lipstick? I wanted it the same color, I wanted it to be easy,” she told the magazine. “And I really spent every last dime that I had starting it, not even knowing if it would be successful.”

Jenner, who’s surpassed older sister Kim Kardashian West as the most profitable member of the family, turned her idea to launch lip kits into a $900 million business in the span of two years. And if she maintains the same pace, Forbes predicted in July that she was likely to surpass Facebook’s Mark Zuckerberg as the youngest self-made billionaire ever, male or female.

Forbes reported that Kylie Cosmetics has sold more than $630 million worth of makeup since its initial launch, which includes an estimated $330 million in 2017 alone. Combining all of the mogul’s profits, Forbes estimated the brand alone, which Jenner maintains sole ownership of, is worth nearly $800 million

Outside of Kylie Cosmetics, Jenner makes money through product endorsements (she’s done sponsored posts for Fit Tea Wraps, waist trainer company Waist Gang Society and more), Keeping Up with the Kardashians, the Kendall + Kylie clothing line and her Puma deal. In the July story, Forbes “conservatively” estimated the star is worth $900 million.

RELATED:  The Real Reason Kylie Jenner Has Been Hiding During Her Pregnancy

However, Jenner says she doesn’t define herself by her net worth. “I don’t define myself by how much I have,” she told PAPER. “I honestly don’t wake up even thinking about it.”