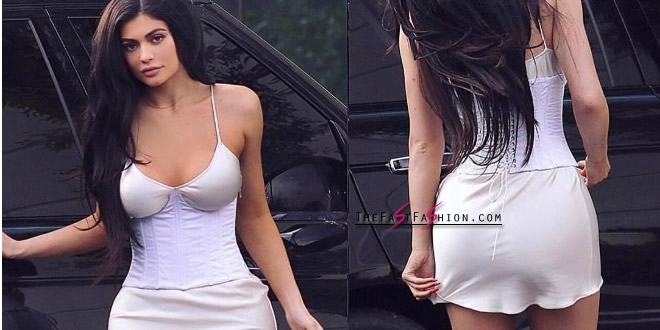 She could paint herself orange and call herself the sun and I’d be into it. I don’t care that her body is made from the alien technology found in Independence Day, I’m all in. Not that I wasn’t into her before, it’s just that my attraction to her used to put my brain in a pretzel, as it goes against everything I believe to support the Kardashians.

Well, f*ck it. Moral principles be damned. Kylie Jenner is the hottest thing going these days and I don’t care who knows it.

So, why’s Kylie trotting around Los Angeles in her lingerie other than to redirect my blood flow?

Well, apparently she was dressed this way to attend a business meeting. Ultimate power move on Kylie’s part, showing up to close a business deal in her underwear. Whoever is on the other side of that table becomes immediately distracted as soon as she enters the room, thus giving up leverage to the Kardashians.

RELATED:  Kylie Jenner makes a case for the ‘wedgie dress’