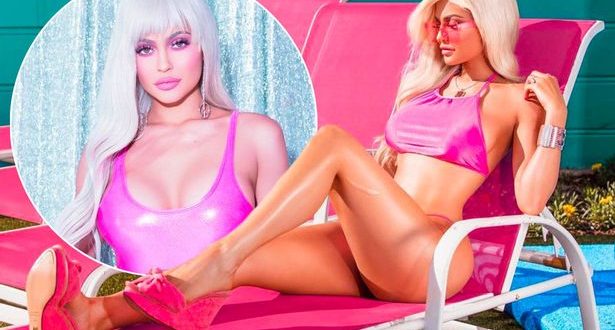 The 19-year-old shared snaps from the Flaunt magazine shoot with the caption “life in plastic, it’s fantastic”

She wasn’t even born when the Aqua hit was released, but that didn’t stop Kylie Jenner channeling some serious ‘Barbie Girl’ vibes for her latest shoot.

The 19-year-old donned a blonde wig and stripped down to her underwear to show off her ample curves for Flaunt magazine.

The magazine spread, entitled ‘So many margaritas, so little feeling’ was shot by Brendan Forbes for The Cadence Issue. 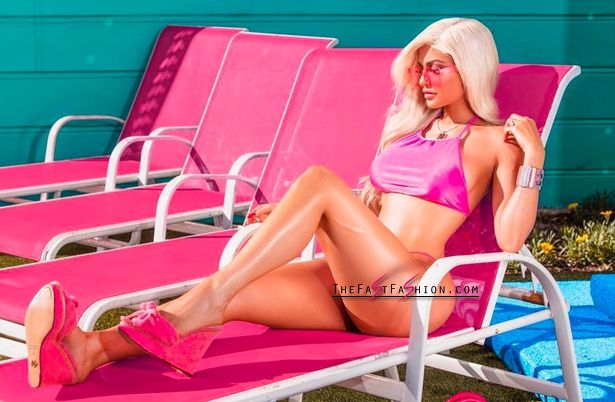 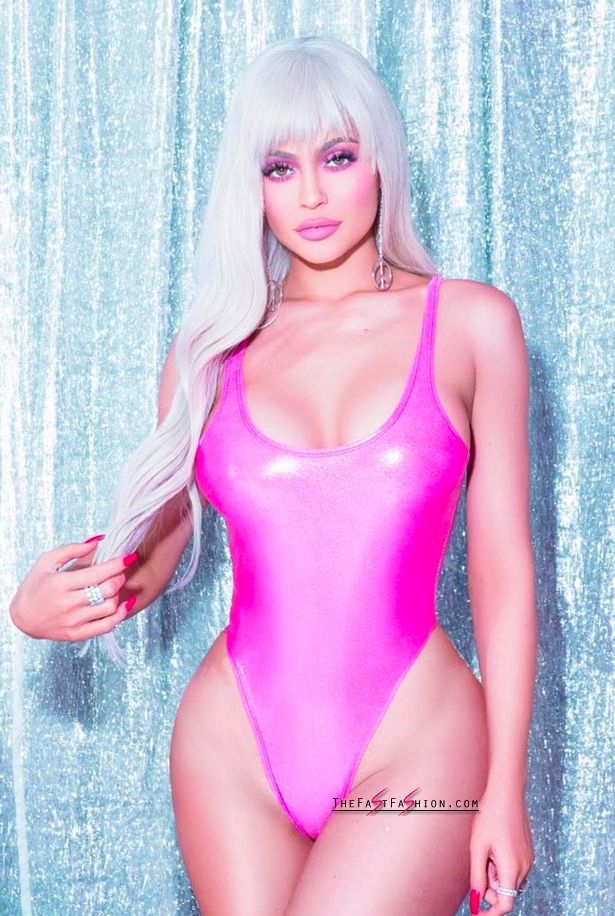 She captioned one “life in plastic, it’s fantastic”, a line taken from the 1997 Aqua song.

In the candy-coloured shoot, Kylie shows off her tiny waist and curvy hips in a very high cut bubblegum pink swimsuit.

In another, she shows off a butt to rival sister Kim’s in a tiny pair of orange bikini briefs and high heeled Manolo Blahnik lace-up boots. 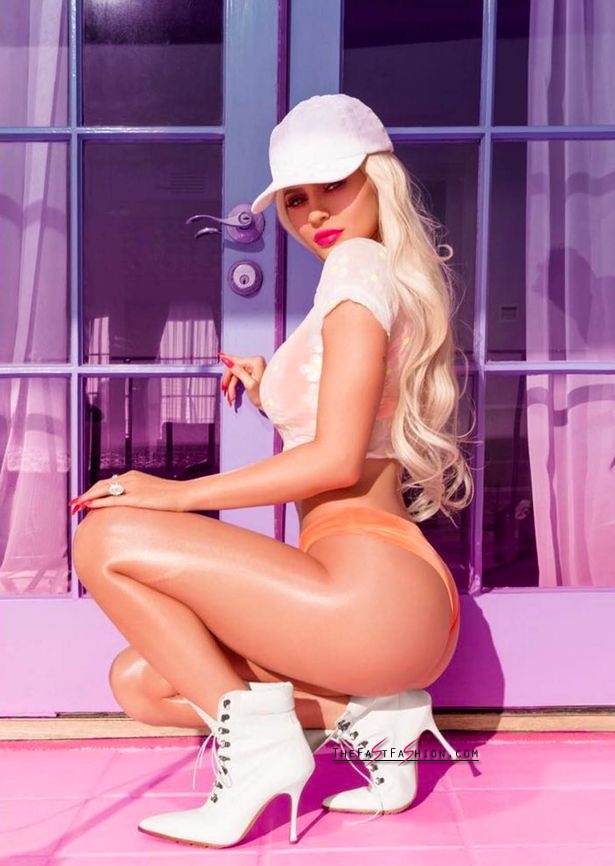 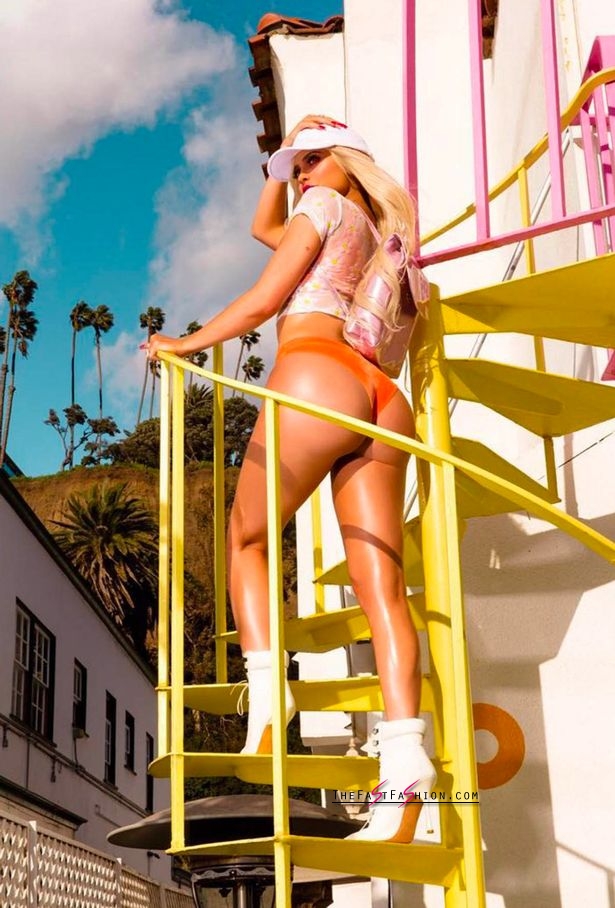 She also makes sure all eyes are on her pert bum in a pair of Juicy Couture pink trackuit bottoms. 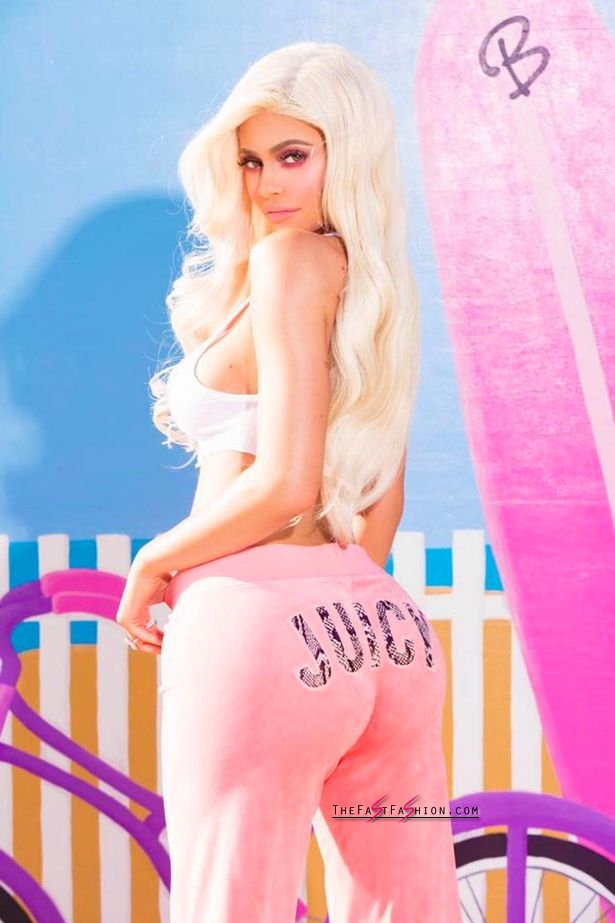 It comes as Kylie gave fans a sneak peek of the new docu-series ‘Life Of Kylie’ will be aired on E! from July.

Sharing a 30-second clip on her Twitter page, the 19-year-old wrote: “A first look at my docu-series #LifeofKylie is out now!”

Kylie has grown up in front of the cameras (Photo: E!)

In the snippet, a montage of footage taken throughout Kylie’s life is shown as she speaks over the top.

She says: “When you grow up on camera, everyone feels like they know you. But they don’t.

“Nobody has a perfect life. Now I can find what really is gonna make me happy. There’s an image that I have to keep up with, then there’s me, Kylie.”

Her fans were so excited, and some even thanked her for helping them believe in themselves.

She says people think they know her because they’ve watched her on TV for so long (Photo: E!)

One said: “you taught me how to be strong for myself, how to be brave, confident, how to be me and how to smile even if I’m sad.”

While another dubbed her: “legend”

And one fan said: “YOU CAN’T IMAGINE HOW MUCH I AM EXCITED”

* The show starts on July 6