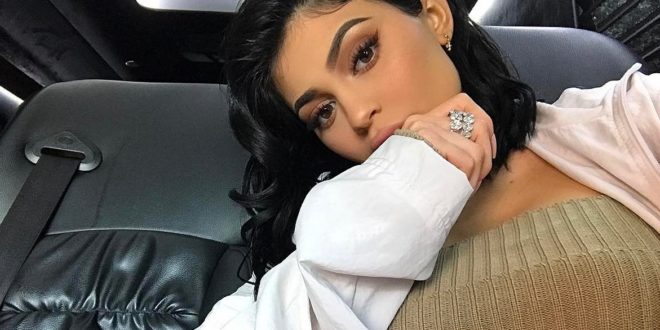 Kylie Jenner let her barely-there olive top do the talking, posting a caption-less photo on her Instagram featuring some serious underboob on Saturday.

In the photo, Jenner appears to be in a car, and her statement ring accents the tummy-baring top.

She also included a short video in the same outfit, captioning, “I’m gonna delete this soon.” The clip featured various shots of herself riding in a car with best friend Jordyn Woods.

On Friday night, the 19-year-old lip kit entrepreneur hit up the VMagazine “Spring Fling” party, hosted by supermodel Joan Smalls at The Blond in New York.

Jenner was also celebrating on Thursday, this time marking the ten-year anniversary of Keeping Up with the Kardashians with her sisters, 40-ounce bottles of rosé wine and, of course, cake.

RELATED:  Kylie Jenner Just Settled A Lawsuit With One Instagram

She commemorated the reality television milestone with a sultry shot with sister Khloé, 32.

Previous Don’t be irresponsible with your online exhibitionism
Next Katy Perry stuns in scarlet dress, matching veil and ‘chandelier’ hat at Met Gala 2017