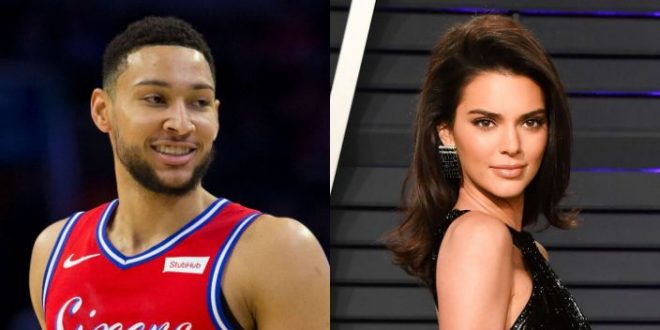 Kendall Jenner’s surprise appearance at her ex-boyfriend Ben Simmons’ basketball game this Friday in Philadelphia isn’t the first time the model has been in the city for him recently. The on-off couple, who ended their relationship in May this year, are kind of back on again, a source told E!. They’re just trying to keep it hush-hush.

“Kendall has been quietly traveling back and forth to see Ben in Philadelphia,” the source said. “It’s new. Last week, while she was in New York, she went down to Philadelphia Thursday night to meet up with him after his game in Boston. She came back to Manhattan Friday morning for a work commitment then back to Philly to attend his game Friday night. They are trying to keep things as under the radar as possible for now.”

Jenner and Simmons first started dating in May 2018. They took a break at the end of the summer, then were back on in November 2018. By the end of May 2019, the two were off again. But a source told People at the time that it wasn’t the end of the two’s romance.

“They’re on a break,” a source close to Jenner told the outlet in May this year. They chose to call it because “the relationship ran its course,” the source said. “She’s spending time with her friends and [is] back to being in fun mode.

Jenner, for her own part, keeps her love life as private as possible. As she explained to Vogue Australia in May this year, she made that decision because she watched her sisters’ very public romances. “I got a glimpse of how my sisters dealt with [the attention] and it’s cool to learn from that,” she said. “For me, a lot of things are very special and very sacred, like my friends and relationships, and I personally think that bringing things into the public makes everything so much messier.”

“I’m very young and right now I feel like relationships aren’t always super-certain and I don’t want to bring too much attention to something if you don’t really know long term [what it’s going to be],” she continued. “A relationship is only meant to be between two people, and the second you make it the world’s business is when it starts messing with the two people mentally. Like once everyone is let in, you’re letting all these opinions into your relationships, and I don’t think that’s fair.”

RELATED:  Kendall Jenner's Denim Trick Will Take You Right Back to the '80s 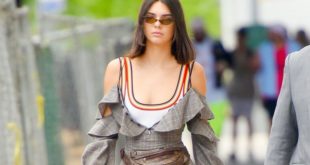