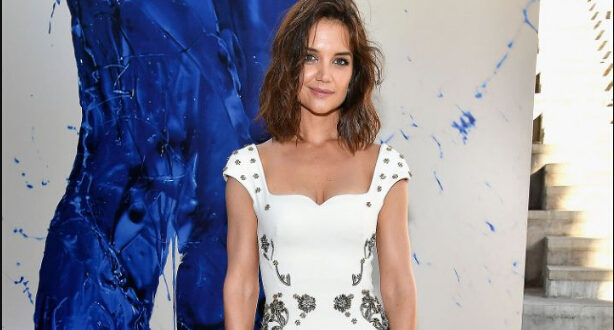 Katie Holmes’ large family gathered for a fun birthday celebration over the weekend, with the actress sending sweet wishes to her sister and documenting the reunion on Instagram.

“Happy Birthday to my beautiful, courageous, fun, funny, amazing sister!!!!!!! We love uuuuuuuuuu!!!!!!!” the star – who is one of four siblings – wrote on social media. In the black and white photo, Holmes was all smiles as she stood on the far right of the large crew. Her 11-year-old daughter Suri hammed it up with another young partygoer, looking adorable in a white bow and blouse.

Though Holmes mostly keeps her life out of the spotlight, she was recently spotted with Suri having some mommy-daughter time together on Broadway.

Want all the latest pregnancy and birth announcements, plus celebrity mom blogs? Click here to get those and more in the PEOPLE Babies newsletter.

Back in July they were seen backstage at the Music Box Theater on Broadway to visit with Dear Evan Hansen‘s Tony-winning star Ben Platt.

In 2012, Holmes starred in her own show at the Music Box Theater: the play, Dead Accounts.

The New York City residents have been often spotted on Broadway in recent years, taking in shows like Finding Neverland – where Holmes’ mom Kathleen joined the duo.

Earlier this year, Holmes opened up about ensuring that Suri has a normal childhood despite being the daughter of two celebrities (her father is Tom Cruise), telling Town & Country, “My child is the most important person to me, and her upbringing is paramount to my work right now.”

Previous Ariel Winter’s Midriff Enjoys a Breath of Fresh Air
Next Chloe Ayling, British Model Says She Was Auctioned for Sex on the Dark Web