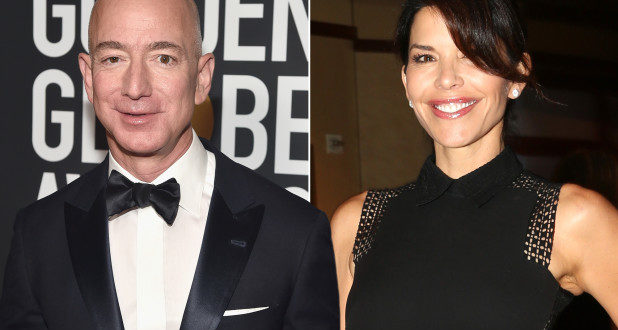 Jeff Bezos is set to accept an award Friday night in his first public appearance since his relationship with Lauren Sanchez was revealed — but we hear that the couple is still deciding whether they’ll attend the event together. They will, however, be at the Oscars together, sources tell us.

On Friday, Bezos picks up a Living Legends of Aviation honor in Beverly Hills. But a source told us on Thursday of Sanchez’s possible attendance, “They’re still figuring it out.”

Either way, Bezos and Sanchez will appear at a series of upcoming events together, we hear, including the Oscars on Feb. 24.

A source said: “Expect to see Lauren joining Jeff [at the Oscars]. They are an item and very much in love. They were not hiding their relationship and were very relaxed at the [Golden] Globes.”

The two were at that ceremony together just a day before Bezos announced he and wife MacKenzie were parting ways, and news that he was dating Sanchez broke.

Amazon boss Bezos has become a fixture at the Oscars, with his streaming company continuing to gain status as a key Hollywood player.

His and Sanchez’s presence on the red carpet could rival the interest generated by film stars.

Last year at the Oscars, we reported that Bezos and Tesla billionaire Elon Musk were “the center of gravity” at a starry party that, coincidentally, was co-hosted by Patrick Whitesell, Sanchez’s husband.

At the Globes this year, Bezos was “so popular that he was swarmed for selfies backstage.”

When Bezos first arrived on the LA awards scene a few years ago, one former studio head told us at a Golden Globes ceremony that the mogul seemed to love the spotlight — and attention from stars.

Amazon has won Oscars for “Manchester by the Sea” and Iranian film “The Salesman.”

This year, the label has Polish film “Cold War,” which has been predicted as a strong Oscar contender.

Sanchez, meanwhile, is still living with soon-to-be-ex Whitesell in their LA home. 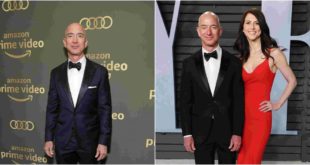