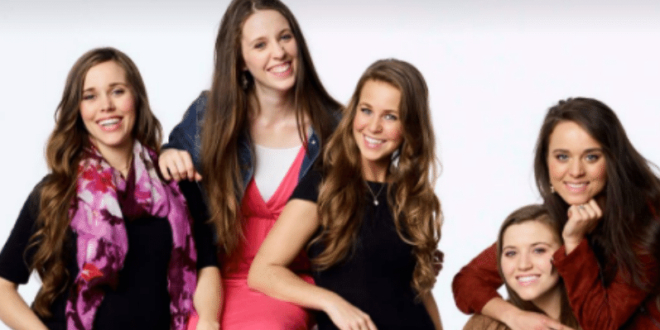 Jana Duggar Has Yet To Find The One

TLC viewers will watch as another Duggar daughter gets married on Monday night’s “Counting On” premiere, but not all of Jim Bob and Michelle Duggar’s adult children have settled down.

Joy-Anna Duggar will marry her longtime friend Austin Forsyth during the Season 2C premiere. The 19-year-old said her “I Dos” last month with her sisters by her side. And while bridesmaids Jill Dillard, Jessa Seewald and Jinger Vuolo were each married while watching their little sister walk down the aisle, her eldest sister, Jana Duggar, remains the only single Duggar daughter over the age of 11.

Jana, despite what some fans believe, says she’s single by choice. Despite getting dozens of suitor requests, the 27-year-old has stated on more than one occasion that she’s yet to find the right man.

“I don’t know what the next five years will look like. In some ways you’ve got hopes and dreams. Maybe I’ll meet the one and get married and have kids and stuff,” she said during a March 2016 episode of “Counting On.”

She continued, “There have been different guys come along and ask, but they haven’t been the right one. It’s just one of those things. I’m not just out to get married to the first one who comes along.”

Jana followed up on her love life in March, telling Crown of Beauty Magazine she sometimes finds it hard to watch her siblings move on in their lives.

“I know how it feels to wait for ‘Prince Charming’ to come along. I’m still waiting. Waiting is not always easy. Especially in those times when all the married siblings are getting together and you can’t go along because your not part of ‘that’ group. But waiting doesn’t mean sitting and literally waiting,” she said.

Jana went on to advise her fans who are also single not to worry about waiting for a relationship and to fill their days with meaningful work. “My parents have always encouraged each of us to serve those around us,” she shared. “I’ve found that when I’m having a hard or discouraging day, I try to look for ways to bless or serve someone else. And in turn it usually blesses and encourages me.”

Still living at home, Jana said she enjoys spending her Sundays going to a local veteran’s home and entertaining them by singing and performing instruments. Jana also does ministry work by helping out with “housework, babysitting littles, [and] cleaning.”

Jana has been linked to several men in recent years. She was first rumored to be dating former NFL star Tim Tebow in 2014, reports which her family denied. She has also been linked to “Bringing Up Bates” star Zach Bates, his brother Lawson Bates and family friend Jonathan Hartono.

While Jana has yet to marry, several of her sisters have. Jill was the first to walk down the aisle in 2014 to Derick Dillard. Less than five months later, Jessa married Ben Seewald. Jinger was the third Duggar daughter to wed, saying her vows to husband Jeremy Vuolo last November. Joy-Anna was the last to marry and she is currently honeymooning in Switzerland.

Jana’s eldest brother, Josh Duggar, was the first of Jim Bob and Michelle’s children to wed. He’s been married to Anna Duggar since 2008. Jana’s brother Joseph Duggar will be the next to marry with plans to wed Kendra Caldwell this fall.