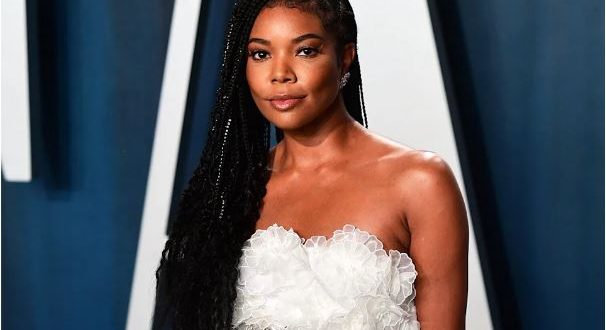 When Gabrielle Union and some friends were traveling in Croatia in 2019 for work, they were looking forward to a little pop culture tourism on the side.

“We wanted to recreate Cersei’s steps from Game of Thrones,” Union, 48, tells PEOPLE of visiting the popular attraction in Dubrovnik, Croatia.

What happened instead was a terrifying encounter that still shakes her to this day.

When Union, who recounts the incident in her new memoir, You Got Anything Stronger?, available now, and her small group entered what they thought was a gay bar in order to get some drinks, they looked around and realized they were surrounded by Jim Crow memorabilia and “Neo-Nazi” patrons who immediately intimidated Union and her friends.

“I’ve never experienced that level of hatred and the threat of physical violence,” recalls Union, who says a menacing group followed them down the street when they left. “It was such a jolt. And the fear and adrenaline of what happened left us all numb.”

But the “heartbreaking and terrifying” encounter in Croatia is not a singular one for Union.

“To go through every instance is to take you through every day of my life,” she says. “There are microaggressions and there are all out assaults. That’s what it is to be a person of color in this country.”

Continues Union: “We think we’re post racial but we’re not. And that is beyond disappointing. I don’t think people understand the violence that comes with racism, whether it’s if you’re being chased or you’re having to watch someone wear blackface to collect a paycheck. It’s violent.”

Indeed, Union says Hollywood in particular still has a long way to go when it comes to the pervasive and disturbing racial inequalities and offenses, including the fact that it was only last year that many popular TV shows removed episodes where blackface was used onscreen.

“Who finds blackface funny,” asks Union. “What about the harm that it causes and the racism that it’s rooted in is funny? You are laughing at me, at my features and at stereotypes of people who look like me. Why is that ok?”

Union also writes in her memoir that she can’t count the number of times she’s been one of the only Black people on a set and that she is often confronted with the consistent pay inequalities within minority communities.

“We’re still talking about the first Black this, the first Latina this and the first Asian this,” says Union. “That’s not progress. Why are we still having firsts? It should be something that shames us all.”

Continues Union: “They roll out the list of the top ten highest paid actors and you see a couple of people on there. But show me the top 100 paid actors. What does that look like? There are a lot of people who turn a blind eye to racism. But silence is complicity. When you see something, whether it’s sexist or homophobic or transphobic, say something. This should be a call to arms to have real radical impactful change.”