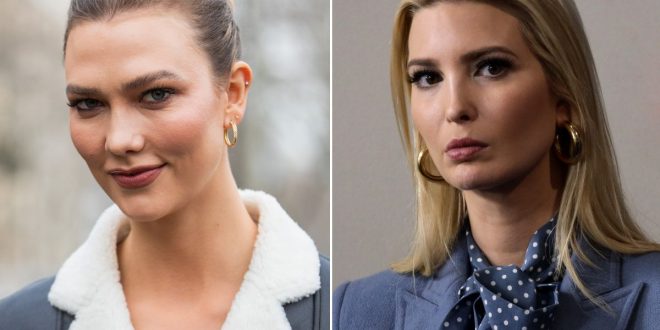 Ivanka Trump was left “surprised and hurt” by sister-in-law Karlie Kloss’ social media comments amid the attack on Congress — as sources close to Kloss said the supermodel hasn’t had a “close relationship” with her for “quite some time.”

As supporters of President Trump laid siege to the Capitol building on Wednesday, Ivanka posted — then deleted — a tweet in which she called them “American Patriots.”

A few hours later, Kloss, who’s expecting her first child with husband Josh Kushner — the younger brother of Ivanka’s husband, Jared — tweeted, “Accepting the results of a legitimate democratic election is patriotic. Refusing to do so and inciting violence is anti-American.”

Her post sparked an instant rebuke from one social media user, who fired back that she should “Tell your sister-in-law and brother-in-law.”

A friend of the family revealed: “The tweet was brought to Ivanka’s attention and she was mostly surprised because they’re so close and talk on a regular basis, but never really about politics.”

The insider added that “Karlie likes to position herself publicly as an activist, yet she’s never approached Ivanka on any of the issues [the model has] championed like paid maternal leave, women in STEM and criminal justice reform.” 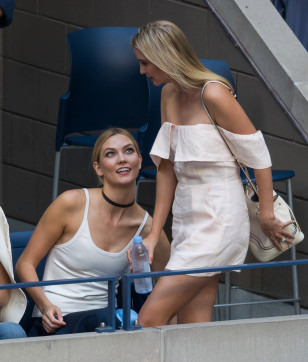 They said that for Kloss to claim she’s tried to discuss her different views is “simply not true.”

“Karlie is public with her politics, but privately shies away from discussing them,” they said.

“But they are very close and they really enjoy each other’s company, so Ivanka is hurt.”

Kloss later made it clear that she truly meant her tweet, as a source close to Karlie told Page Six: “Ivanka understands Karlie’s views perfectly. They’ve had many political discussions contrary to what she and her team would have you believe.

“Karlie was proud to campaign for Hillary in 2016, Biden in 2020, and, in addition to supporting many key issues, has made the maximum financial contribution to Democratic campaigns across the country.”

The source added: “She hasn’t had a close relationship with them [Jared and Ivanka] for quite some time due to the policies of the Trump administration. I think Karlie feels it’s pretty unfortunate that this is what Ivanka is choosing to spend her time on while our democracy is facing a crisis fueled by this administration.”

Meanwhile, the family friend of Ivanka and Jared added: “Understandably, the moments of the day left everyone feeling fraught and upset, but Ivanka would of course be open to hearing from Karlie about her views.”

Ahead of his departure from the White House on Jan. 20, President Trump has already pardoned Jared and Josh’s father, Charles — the real estate tycoon who paid a prostitute to seduce his brother-in-law.

He was sentenced in 2005 to two years in federal prison.