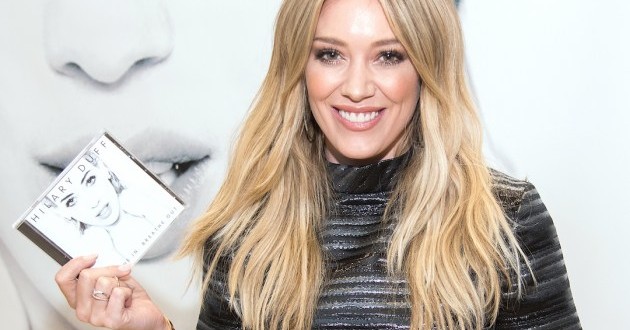 Hilary Duff shared a beautifully colorful picture to ring in the New Year. The former Disney channel star posted a picture showing her sitting in front of an intricately painted wall while smiling from ear to ear.

The former Lizzie McGuire actress spent the holidays while on vacation in Hawaii. The 29-year-old had some fun in the sun while swimming in the ocean, surfboarding, eating snow cones, and relaxing with her friends and son, Luca.

Noticeably absent from the trip was Duff’s ex-boyfriend Jason Walsh. The two recently broke up after dating for two months.

On New Year’s Eve, Duff shared another post to promote positivity going into 2017. She shared a photo of a drawing in the sand that wrote: “Everything is going to be awesome!”

The Younger star posted the photo with the caption: “Happy #nye #2017.”

Even though she is single for the moment, rumors started circulating in the media that Hilary and Hollywood hunk Scott Eastwood had a flirty out in Los Angeles recently. The two met at a restaurant and were apparently being super flirty with one another.

“At one point, she was very flirtatious with Scott,” a source told E! News. “The two talked for quite some time. Hilary was all smiles and looked happier than ever despite her recent split.”

Despite what it might have looked like, apparently sparks didn’t fly and nothing romantic went down between the two.

“They were very casually chatting but no obvious PDA,” an insider said.

Hilary Duff was one the many celebrities who posted on social media to celebrate the New Year. 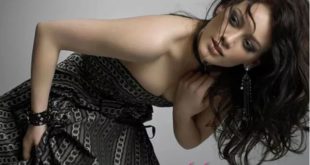 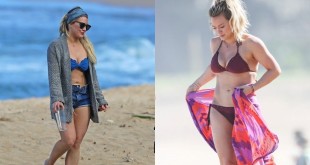 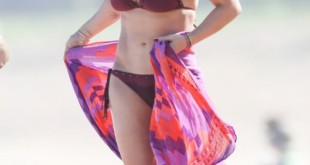 Hilary Duff and Sister Hit The Sand in Hawaii