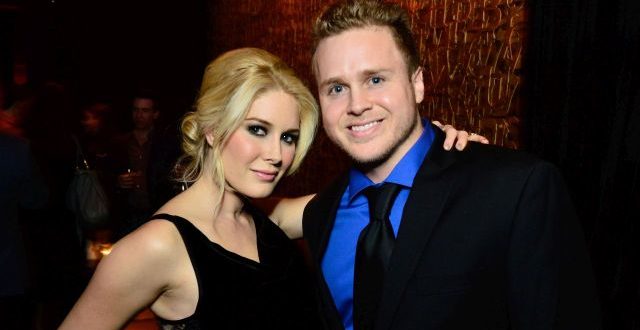 Heidi Montag and Spencer Pratt Are Expecting a Baby Boy!

Heidi Montag and Spencer Pratt will soon be parents to a baby boy!

The reality stars announced the exciting news in an interview with Us Weekly on Wednesday, telling the outlet they were ecstatic when they found out the sex of their first child.

“I ran into the room [where Spencer was] and said, ‘It’s the doctor’s office!'” Montag recalled. “The doctor said, ‘It’s a boy!’ I started screaming.”

“It was in my heart to have a boy,” she continued. “I thought Spencer really used to want a boy, and then a few months ago we had a conversation where he said, ‘Let’s just make sure it’s healthy. Boy or girl, I don’t care.'”

The former Hills star, who is 17 weeks into her pregnancy, said that while she hopes “to have a little girl one day,” she “really wanted a son” to be her first.

“I’m hoping to God that we don’t just have one, but if we do, I wanted a son,” she explained. “I thought it’d be a more natural bond for Spencer since he and his dad are so close.”

“I’m really excited for his personality and his little smile,” she added. “I’m excited to take him to Disneyland and to see if he’s into dinosaurs, Mickey Mouse or ballerinas– it can be anything. Maybe he’ll be the best dancer!”

Montag continued on, revealing that her husband was “really excited” when she broke the pregnancy news to him.

“He trains jujitsu all the time, so he’s excited to have a little grappler,” she said. “He’ll be doing jujitsu and soccer with him.”

Congrats to the happy couple!

Previous The telltale signs on your face that may be hiding a serious health problem
Next Chris Pratt Offers to Lead the FBI, and Other Celebrity Reactions to James Comey’s Firing