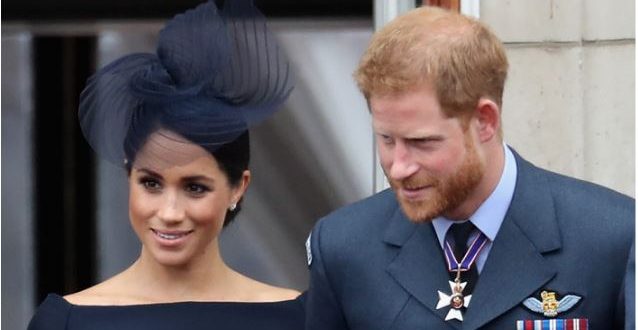 Meghan Markle and Prince Harry bravely opened up to the world about the loss of their second child in the early stages of pregnancy this week, after the Duchess of Sussex penned a moving essay for the New York Times on the topic.

The duo came forward with their experience on Wednesday becoming the second high-profile celebrities to discuss pregnancy loss in the past few months after Chrissy Teigan similarly detailed her and husband John Legend’s experience.

With the pair a divisive duo for many after leaving senior royal life early this year, the news sparked some horrific responses from online users but equally saw many supporters come forward thanking them for sharing the traditionally very private grief in a bid to open up the conversation.

Speculation raged at the time that the pair were not being supported by the royal family, with Harry and William reportedly being in the midst of a deep rift for months.

Buckingham Palace released a statement following Meghan’s essay being published, which many took to further prove the pair were getting no support from their former UK home.

“It’s a deeply personal matter we would not comment on,” the Palace said at the time.

RELATED:  Meghan Markle Opens Up About Being a Biracial Actress

Kensington Palace and Clarence House have also not publicly commented on the article.

However, it seems the pair were in fact supported by the family, in their typically private way, with The Sun reporting contrary to rift reports it was William of all people who gave Harry a shoulder to cry on in the aftermath of the loss.

According to the paper, the family were aware of the loss before the essay was published – the couple informed the Queen and members of the royal family after the miscarriage in July.

They report that Prince Charles and Prince William went above and beyond to support Harry in particular at the time.

Given the brother’s rumoured division for the past year, and Prince Charle’s proximity to the Queen who made her public feelings known in her statement the apparent stand out support from the duo is likely to shock, and delight many royal watchers.

Further to the frosty statement released by the palace, a source said to be close to the Queenn also showed a little more feeling in a statement to the paper.

“There is understandable sadness in the family,” they said.

It comes after Harry’s uncle and the brother of the late Princess Diana became the only one of Harry’s family members to release a public message of support late this week.

Earl Spencer made a public statement of sympathy and support for the couple, thousands of miles away in Los Angeles when he appeared on ITV’s Lorraine on Wednesday evening.

“I am sure you will want to join us, all of us here, in wishing all our love to Meghan,” Lorraine Kelly, host of the program, said.

“And of course, to your nephew Harry because today we just found out the news she had a miscarriage. It is just terribly sad, isn’t it?”

According to E! News, Meghan decided to write the essay about her July miscarriage to allow for healing. Her husband Prince Harry also supported the decision.

In the piece, Meghan described the tragic moment when she knew she was losing her second child.

“After changing [Archie’s] diaper, I felt a sharp cramp. I dropped to the floor with him in my arms, humming a lullaby to keep us both calm, the cheerful tune a stark contrast to my sense that something was not right,” she recalled.

“I knew, as I clutched my firstborn child, that I was losing my second. Hours later, I lay in a hospital bed, holding my husband’s hand.

“I felt the clamminess of his palm and kissed his knuckles, wet from both our tears. Staring at the cold white walls, my eyes glazed over. I tried to imagine how we’d heal,” she wrote.

“We have learned that when people ask how any of us are doing, and when they really listen to the answer, with an open heart and mind, the load of grief often becomes lighter—for all of us,” Meghan wrote. “In being invited to share our pain, together we take the first steps toward healing.” 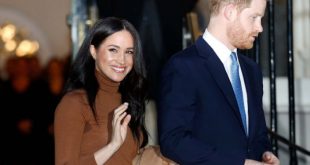 After some dramatic family meetings and high profile events across the pond, Prince Harry officially touched down and …