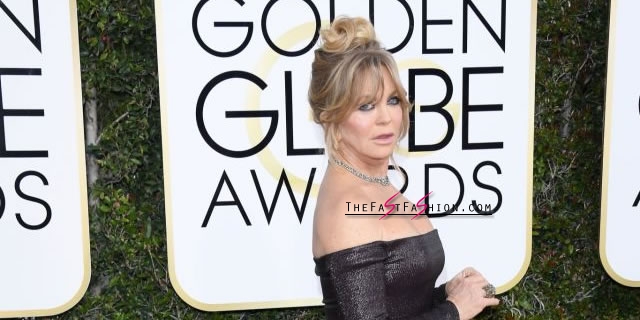 Goldie Hawn, 71, Shows Off Her Shoulders at the Golden Globes

Goldie Hawn is set to have a big year, starring in the upcoming mother-daughter comedy Snatched alongside Amy Schumer — and her look at the 74th Annual Golden Globe Awards proves she is ready for her comeback.

The 71-year-old actress, who hasn’t been in a movie since 2002’s The Banger Sisters, wore a metallic black off-the-shoulder gown with long sleeves and swept her hair into a glamorous updo. She also opted for a smoky eye and accessorized with an attention-grabbing diamond necklace.

The actress matched her longtime partner Kurt Russell, who looked dapper in a well-fitted black tux. 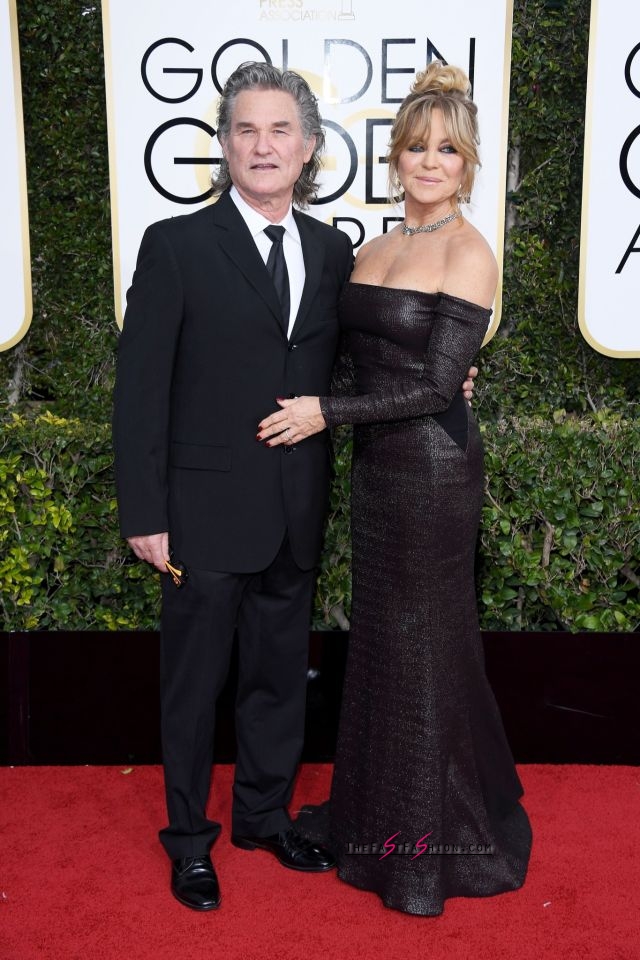 Hawn underwent a dramatic transformation compared to the image she posted on Instagram of herself getting ready. In the humorous shot, Hawn is pictured in a bathrobe being groomed by her makeup and hair artists.

Super pumped for the Golden Globes 💃🏼

The caption of the image reads, “Super pumped for the Golden Globes.”

We can’t wait to see what’s next for Hawn!

Previous Why Japanese people are wrapping themselves up in cloth
Next People Think This Mom and Her Daughters Are Sisters, and We Can See Why