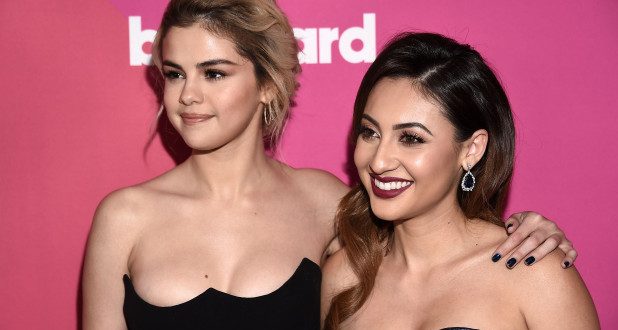 Francia Raisa spoke out Saturday in response to the criticism the “Saved by the Bell” reboot has received for referencing Selena Gomez’s past kidney transplant in a recent episode.

Raisa — who donated a kidney to Gomez in 2017 amid the 28-year-old pop star’s lupus battle — said on her Instagram story while she has received personal apologies from some involved with the show, she noted how donors could have also been offended by the content aired. 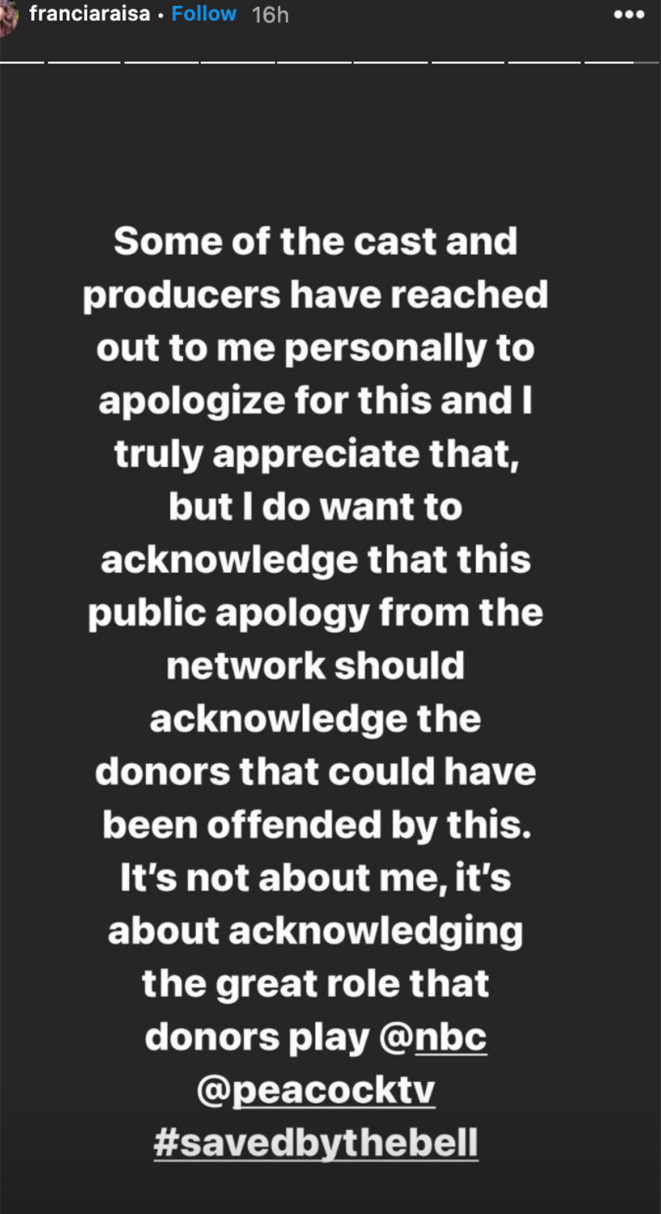 “Some of the cast and producers have reached out to me personally to apologize for this and I truly appreciate that, but I do want to acknowledge that this public apology from the network should acknowledge the donors that could have been offended by this. It’s not about me, it’s about acknowledging the great role that donors play @nbc @peacock #savedbythebell,” Raisa shared on her Instagram story.

RELATED:  Look how cute The Weeknd and Selena Gomez are in their red carpet debut as a couple

In one episode of the “Saved by the Bell” revamp, which premiered on NBC’s streaming service Peacock this week, two students are seen debating about the identity of Gomez’s kidney donor, via The Wrap. A graffiti message, “Does Selena Gomez even have a kidney,” appears to be written on the wall in a separate scene.

Peacock, NBCUniversal, and the series’ executive producers issued an apology Saturday, telling Variety in a statement: “We apologize. It was never our intention to make light of Selena’s health. We have been in touch with her team and will be making a donation to her charity, The Selena Gomez Fund for Lupus Research at USC.”

Raisa, 32, also addressed the public statement on Twitter, posting: “Appreciate the apology but let’s not forget about the donors that potentially felt offended and dismissed from the spray paint written on the wall.”

“There aren’t words to describe how I can possibly thank my beautiful friend Francia Raisa. She gave me the ultimate gift and sacrifice by donating her kidney to me,” Gomez posted to Instagram at the time. “I am incredibly blessed. I love you so much sis.”

A rep for Gomez did not immediately return our request for comment.

Previous Joe Biden fractures foot, needs walking boot
Next Clare Crawley gets candid about trying to ‘rise above the negativity’ 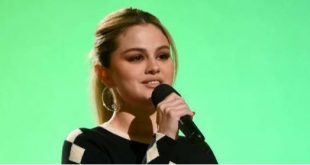