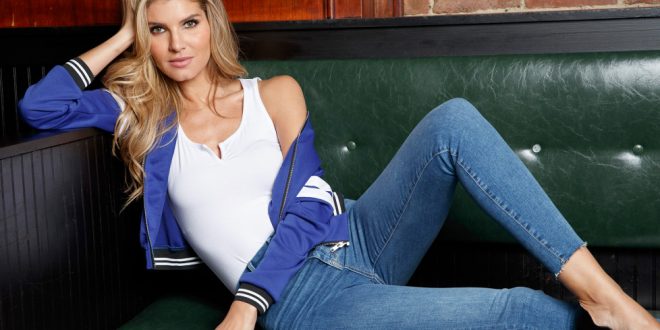 Ashley Haas has a prediction for the Super Bowl.

“I think the Chiefs are going to win,” the fashion model told The Post. “The spread opened at one and a half and favored the Chiefs. But I think it’s going to be a close game.” 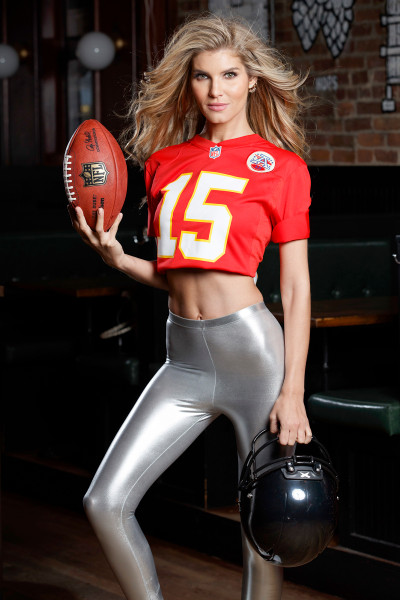 The 30-year-old’s next prediction is a bit more bold: “By this time next year, I will be on a network. I would love to have a prediction show on any of the big networks.”

If you aren’t familiar with Haas, that might sound crazy. But if you are one of her 219,000 Instagram followers or the thousands of fans who subscribe to her YouTube channel, you know she’s ready for prime time.

On her biweekly show (which is posted on both platforms), “Ashley Against All Odds,” she predicts winners for every NFL matchup, interviews guests like Jets linebacker Avery Williamson and conducts on-the-street interviews with fellow football fans. She started it in 2018 and, Haas said, has notched a
61% success rate on her picks this past season.

It’s gotten her noticed to the point that she even landed media credentials for Super Bowl 2020, where Kansas City will play the San Francisco 49ers at Hard Rock Stadium in Miami.

“It’s so hard to get them when you’re not affiliated with a network,” she said. “It’s validation that all of the hard work I’ve done has paid off. I’m basically a one-woman show.”

Still, it’s not necessarily the career move you’d expect from a woman who has modeled for brands including Ralph Lauren, Victoria’s Secret and DKNY, but Haas says her gridiron dreams are a natural fit.

Growing up outside Philadelphia, she attended Phillies baseball games with her father, a concrete salesman who had season tickets.

Later, while studying fashion design at Drexel University in Philly, she lived next door to now-retired Eagles linebacker Dhani Jones, who got her hooked on football. 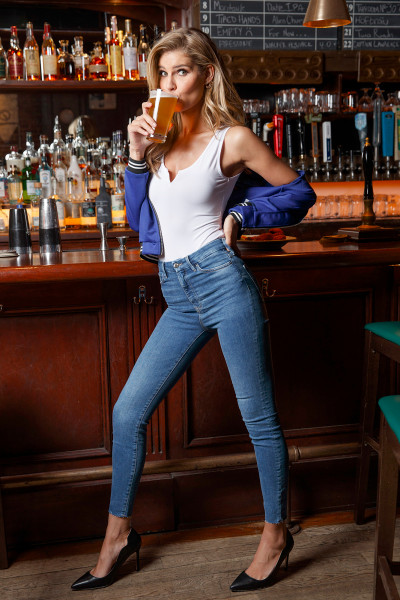 “He invited me to the games, and we’ve watched a few Super Bowls together,” she recalled.

(While Haas, who is single, now resides in Manhattan, she remains a loyal Eagles fan.)

She credits her football betting chops to her grandfather Jerry, aka Pop-Pop, whom she affectionately calls a “degenerate gambler.”

“He helped raise me. We would go to the billiards bar and then the horse track. And he would tell me if I bet on the correct horse to win, he would get me ice cream,” Haas said. “That’s where my gambling background comes in.”

She also owes her fashion career to Pop-Pop.

When Haas was 13, her grandfather sent photos of her to a modeling agency — against the wishes of her mother, a busy flight attendant.

“My mom was proud of me, but she did not want me to model,” Haas recalled.

But her mom didn’t say no when Haas got her first gig shortly thereafter. By the age of 15, she was walking in a Carolina Herrera runway show.

For now, modeling pays the bills but she would love to be able to quit modeling and focus solely on sports.

Her show started as a one-woman effort, where she taught herself how to edit. Now she films at SportsGrid studio, located inside Versa Restaurant in Midtown, and receives production assistance from staffers.

As for how she makes her picks, she said, “I study statistics on NFL.com and look at the spread and how it opens. I always have to be neutral and unbiased. I do put in a lot of effort, and I love getting my predictions correct.”

Among her fans are Jacksonville quarterback Gardner Minshew, who has “liked” several of her videos. “I’ve had a few football players message me to say it’s great,” Haas explained.

“She said, ‘I love that you are doing the same thing but in a much classier way,’” Haas said of Fiore. “I think she’s awesome.”

And Haas is also scouting for guests. She recently introduced herself to former Baltimore Ravens legend Ray Lewis at a cigar lounge. “I said, ‘Hi, I would like to have you on my show.’ ” It hasn’t happened yet — Haas isn’t sure Lewis believed that she had a show — but, she said, “I am hustling.”

Still, her dream guest would be Pop-Pop, who died six years ago.

“I wish he were still alive today to see what I’m doing. I think he would be ­really proud.”

Previous Lady Gaga warns Jennifer Lopez and Shakira: ‘I better hear no lip-syncing’
Next You can now buy a version of Shakira’s sexy Super Bowl 2020 outfit for $4K