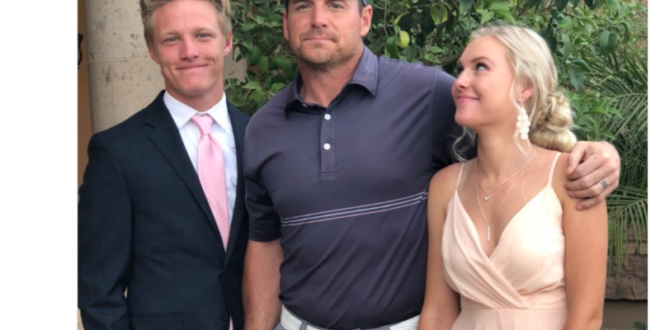 It’s prom season, when high school couples dress up for a once-in-a-lifetime evening. Parents of said high school students flood Facebook with pre-prom photos of their lovely children … and then spend the next eight hours sitting in dread of what might happens next.

Former NFL kicker Jay Feely sent his daughter off to prom Saturday night, with the typical dad’s warning of have-a-good-time-but-not-TOO-good to her daughter’s date. And then Feely posted the following pic: 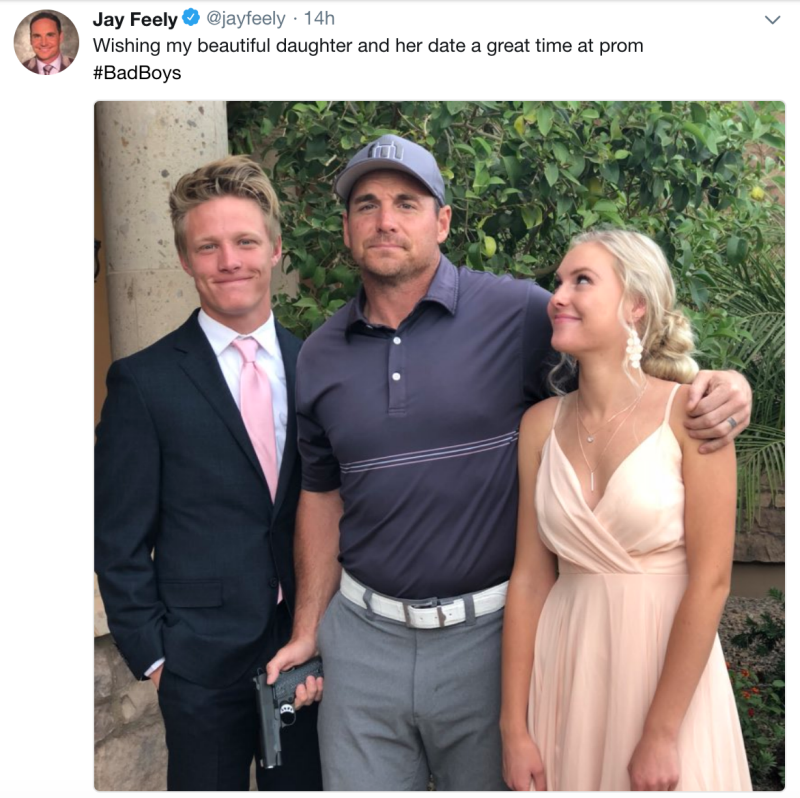 “Wishing my beautiful daughter and her date a great time at prom #BadBoys,” Feely wrote, the handgun at his side a very clear indicator of his “expectations.” (The #BadBoys hashtag was a reference to a very funny but highly family-inappropriate scene from “Bad Boys 2,” which you can view here as long as there are no young ears or bosses in the vicinity.)

It was the standard threat of bodily harm that dads have made since time immemorial, but some didn’t find it quite as funny as others.

Oh yay – American dads have kicked off the season of “let’s pretend I’m going to shoot my daughter’s date for for impugning her chastity” pics. https://t.co/JRkhQTmKRV

Anyway, we know you’re already on your way to the comments to have your say on whether this was offensive or just good clean high school fun, but on the off chance you hung around this long, why not take a moment to consider all the sides at play here:

• Many people naturally said this was all in jest, and America’s too uptight to take a joke at this point. Many others could point out that making a joke is one thing, posting it on Twitter is another; and maybe handguns aren’t the best prop for high school-related jokes in 2018.

• Parents of sons probably wouldn’t be thrilled at the thought of a grown man threatening, even in jest, their little boy. Parents of daughters probably think Feely wasn’t carrying enough weaponry.

• Any woman who’s ever been a daughter could dislike the fact that Feely doesn’t trust her to make good decisions. Other daughters could note that a little protectiveness is a welcome thing.

• Everyone not named Phil Mickelson can agree: the white belt was a bad choice.

Yeah, this has absolutely nothing to do with football, other than the fact that it involves a former NFL player. But in 2018, sports — like literally everything else in American society — is political. Get used to it, friends.