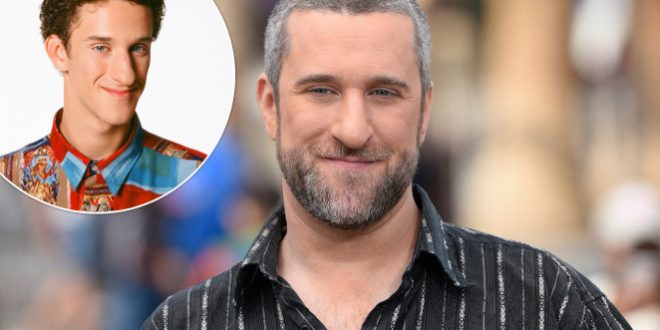 “Saved by the Bell” star Dustin Diamond has died after a brief battle with stage 4 cancer. He was 44 years old.

The actor passed away Monday morning, his team announced on Facebook, after being diagnosed just last month.

“In that time, it managed to spread rapidly throughout his system; the only mercy it exhibited was its sharp and swift execution,” his team’s statement said. “Dustin did not suffer. He did not have to lie submerged in pain. For that, we are grateful.”

His condition had declined drastically over the weekend and he had been taken off breathing tubes in order to transport him to hospice care, according to TMZ. Diamond’s father and his girlfriend were by his side when he passed.

Diamond, best known for his role as Samuel “Screech” Powers on the beloved NBC show, which ran in the late ’80s and early ’90s, as well as spinoffs including “The New Class,” was hospitalized in mid-January with widespread pain. He reportedly feared it was cancer because of his family history, including his mother’s death from breast cancer.

His team confirmed his cancer diagnosis just days later via social media, and he started chemotherapy immediately for stage 4 small cell carcinoma that had metastasized to his lungs.

Following Diamond’s death, the actor’s team called him “a character in and of himself: an unpredictable spitfire who always left us shocked, but never left us bored.”

“We are thankful he trusted us enough to share his genuine, authentic self with our team. We wish you knew him in the way that we did,” the team’s statement read.

Following his diagnosis, Diamond’s former “Saved by the Bell” co-stars Mario Lopez and Tiffani Thiessen sent messages of support, though Diamond had difficult relationships with some of his former cast mates after his scathing 2009 book that detailed his time on the show. He was noticeably absent from a popular 2015 “Saved by the Bell” reunion on “The Tonight Show,” as well as the recent Peacock reboot of the show.

A pal later told the Sun that Diamond’s dying wishes were to meet the bassist from his favorite band, Tool, and visit Disney World.