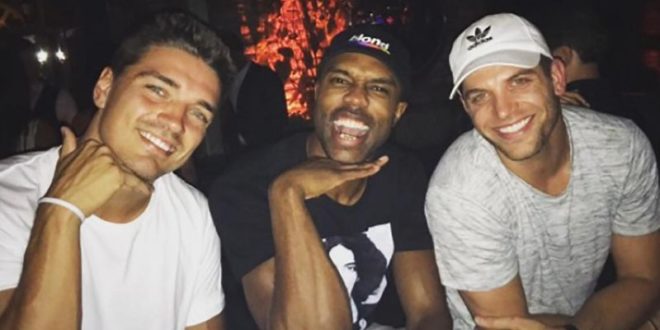 Though DeMario competed for Lindsay’s heart during the latest season of The Bachelorette, the two have clashed since she sent him home just two weeks into the show after confronting him about having a girlfriend. On Saturday, DeMario hit back at Lindsay over her tweet on Friday that “these Bachelor friendships are fickle and fleeting…#loyalty.”

These Bachelor friendships are fickle and fleeting…#loyalty

“Hopefully that someone will find real love in paradise next year and stop being petty on social networks,” he added. “#RoseBoys #Brothers #Blonde #ImBeingPettyNow #TodayIGotTime #TYBG #HiMom.”

DeMario’s hashtag “#TodayIGotTime” seems to be yet another dig at Rachel — when the 32-year-old lawyer clapped back at Bachelor alum Leah Block in June for a racially insensitive tweet, she wrote, “Let me know if she wants to meet Lee…they sound like they would have a lot in common #ihavetimetoday.”

Let me know if she wants to meet Lee…they sound like they would have a lot in common #ihavetimetoday https://t.co/CgEzZLxAWJ

Last month, Rachel spoke out after DeMario claimed she was only “attracted to white men,” and that she made her preference in guys clear during his time on the reality dating show.

“From the beginning you knew that she was attracted to white men,” DeMario said during an interview with The E&G Podcast.“You knew that. No disrespect, you just knew. She had that vibe. From night one, we all set down, all the guys and I said, ‘They’re going to have a black representative, either myself or Eric, and they’re going to have Dean, Peter, and Brian as the final four.’ We all caught that.”

Rachel responded by bringing up Lexi Thexton, the woman who claimed that DeMario had been dating her before he joined the series then stopped talking to her, leading Rachel to send DeMario home.

Meanwhile, ET recently sat down with Bachelor alum Corinne Olympios, who talked about confronting DeMario after their sexual encounter temporarily halted production on Bachelor in Paradise.

Previous Angelina Jolie: I don’t enjoy being single
Next Kendall Jenner Addresses Controversial Pepsi Ad for First Time: ‘I Feel Like My Life Is Over’ 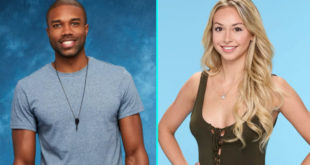