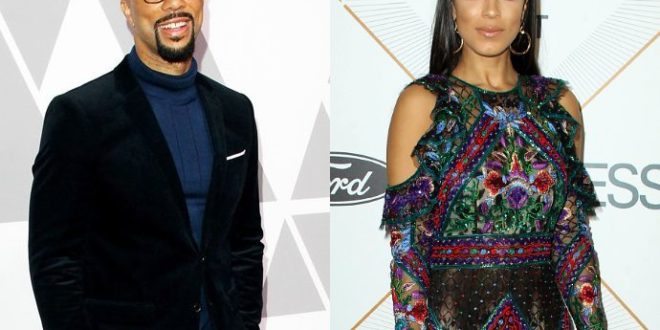 Common and Angela Rye Have Called It Quits

The CNN correspondent and activist, who started dating the rapper last summer, confirms the split, assuring that ‘we have and will always be friends.’

Common and girlfriend Angela Rye appear to have decided to go separate ways. A new report suggests that the rapper/film producer and the CNN correspondent split after being together last summer.

Rye confirmed the news, saying, “We have and will always be friends. He is an amazing human being, and I’m a much better person because he’s a part of my life.” The NPR political analyst added, “May we all keep loving and living.”

A source also noted to Page Six that Rye “wasn’t on his arm at the Oscars,” where the rapper performed “Stand Up for Something”. Rye “was also not at the fourth annual Toast to the Arts event Common hosted with the Ayars Agency,” according to the insider.

Common and Rye previously made their relationship red carpet official when the then-couple graced the red carpets at several events, including Creative Arts Emmys and CNN Heroes gala. Most recently, they coupled up at the season 1 premiere of Showtime’s “The Chi” which was executive produced by the 45-year-old entertainer. They looked beaming at the January 3 event in Los Angeles with Rye stunning in a floral dress while Common looking dapper in a red suit.

Common once gushed over Rye at the Root 100 gala. “I feel like I have to be more intelligent with the work and strategize more,” he said of dating the activist in November 2017. “I have to listen more and go out and do more work.”

However, they also faced some bad moments during their relationship. Rye reportedly received menacing threats which were presumably correlated to her dating the rapper. According to court docs obtained by TMZ late last year, Rye alleged that she got annoying, harassing and threatening messages on her phone, social media and email. She further said that though they were just annoying and derogatory at first, it escalated to the point it got scary when the sender got specific.