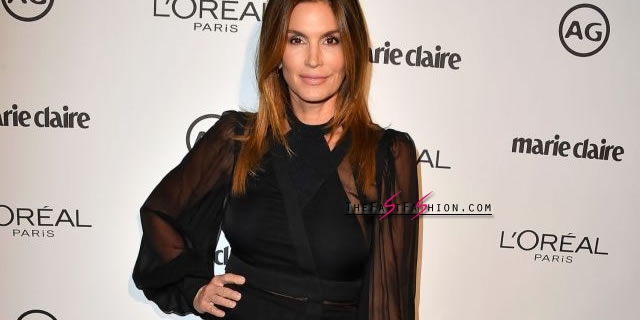 Celebrities and models alike gathered at Marie Claire’s Image Makers Awards to celebrate makeup artists, hairstylists, and other behind-the-scenes figures in the industry on Tuesday night in Los Angeles. One notable figure that turned heads was supermodel Cindy Crawford.

RELATED:  Kylie Jenner Takes a Cutout Cue From Her Sister With Her Recent Outfit 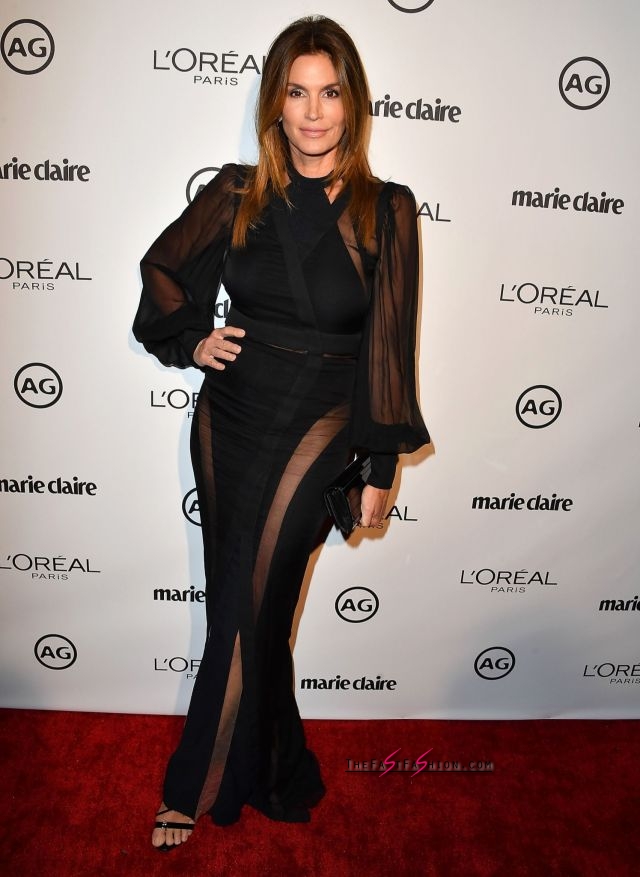 The 50-year-old attended the event to present the magazine’s Icon Award to Olivier Rousteing, the French creative director of Balmain, in a figure-hugging, cutout black gown from the designer’s resort 2017 collection. And she held her own against years-younger celebrities such as 19-year-old Kylie Jenner and 35-year-old Jessica Alba.

Crawford paired the risqué, balloon-sleeved dress, which featured sheer mesh inserts along the skirt, with strappy sandals and a small black clutch. She posted a sweet image on Instagram with the designer, praising him in the caption.

So happy to present my friend @Olivier_Rousteing with the @MarieClaireMag #ImageMakers Icon Award last night for his creactive genius and his diverse, modern take on fashion as the visionary at @Balmain! 💋•

It seemed that cutouts and Balmain were very popular choices among the celebs at the event.

Actress Jessica Alba also sported the trend, in a sleek black pantsuit from the label’s spring 2017 ready-to-wear collection that featured cutouts on her shoulders and sleeves. 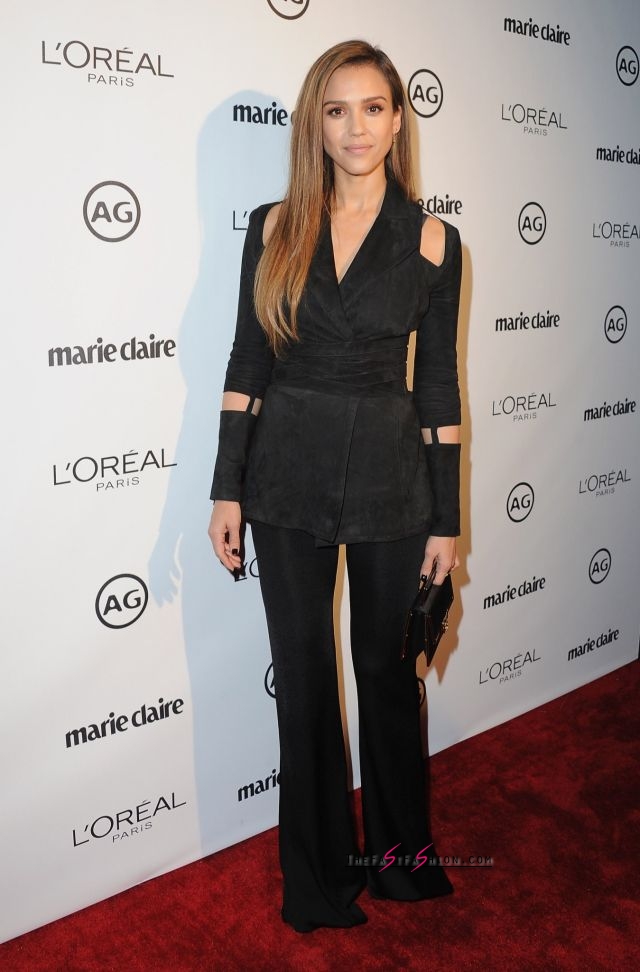 She graciously presented the New Guard award to her makeup artist, Daniel Martin, who detailed on Instagram that the night was “one of the most humbling and memorable” of his life.

Another one of Balmain’s leading ladies, Kylie Jenner, wore an eccentric purple gown from the label’s resort 2017 collection. The daring gown featured cutouts on her stomach and thighs, which she showed off in a series of Snapchats and Instagram posts on her social channels.