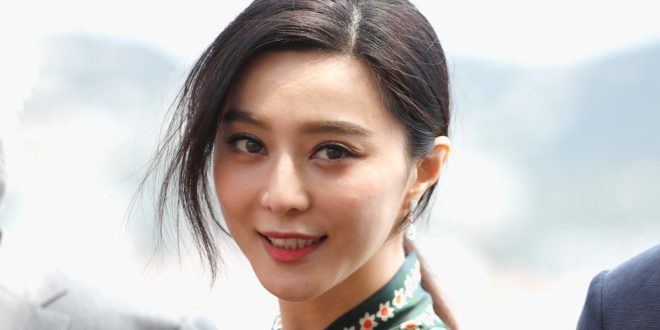 Chinese superstar Fan Bingbing, who played Blink in X-Men: Days of Future Past, still hasn’t been seen publicly in three months, but there’s new insight into her disappearance from the public eye.

According to China’s state news outlet, Xinhua, the actress — who was set to appear with Penélope Cruz, Jessica Chastain, and other A-list stars in the thriller 355 — is being accused of tax evasion. She has been ordered to pay approximately $130 million for allegedly misreporting how much money she earned on various projects. The process, known as using “yin-yang contracts,” is reportedly a common entertainment industry practice in China, with an actor’s having a public contract stating a salary as well as a private contract listing much higher pay. (Her team had previously denied the allegation, calling it slander.) If she pays back the money by an unspecified deadline, she will not be held criminally accountable, the report claimed.

The government report did not indicate where Fan, who is the country’s highest-earning actress, has been since July 1 — the last time she was seen publicly. However, the South China Morning Post reports she was released from “residential surveillance at a designated location” — a secret government detention — about two weeks ago and returned to Beijing as the tax authorities wrapped up their investigation. While she still may be questioned, she is reportedly no longer under detention. However, Xinhua indicated that her agent, Mou Enguang, was not as lucky and is in custody for allegedly obstructing the investigation.

Fan also broke her silence via the social media site Weibo, on which she has more than 60 million followers. In her first post since June 2, she wrote that she “completely accepts” the decision.

“As a public figure, I should have abided by laws and regulations,” she wrote, “and been a role model in the industry and society.”

She went on to say that she will “try my best to overcome all difficulties and raise funds to pay back taxes and fines.” She also praised her country and its government.

“I am unworthy of the trust of the society and let down the fans who love me,” she wrote. “Without the favorable polices of the Communist Party and state, without the love of the people, there would have been no Fan Bingbing.” (Read the whole statement.)

The Xinhua report makes it clear that Fan’s case is a warning to other high-profile stars to get their tax bills straight. It notes: “Film and television enterprises and related employees who have self-examined and rectified themselves before Dec. 31, 2018, and paid owed taxes to the relevant authorities shall be exempted from administrative punishment and shall not be fined.” However, those who “seriously evade taxes and fail to perform their duties according to law will be held accountable and pursued for legal responsibility.”

When Fan dropped out of sight, the Chinese government had just put in place salary caps for TV actors. It has long been trying to limit the incomes of movie stars to prevent a culture of “money worship” and “misleading young people to blindly chase celebrities.”

Bingbing, whose career has spanned decades in China, is best known to U.S. audiences for her role in the 2014’s X-Men: Days of Future Past with Hugh Jackman and Peter Dinklage. She is supposed to appear in the upcoming female-focused spy thriller 355alongside Cruz, Chastain, Marion Cotillard, and Lupita Nyong’o. The women were together at the Cannes Film Festival in May, but a release date for the film has not been announced. Amid initial chatter about Fan’s disappearance, there was talk she had been seeking asylum in the United States.