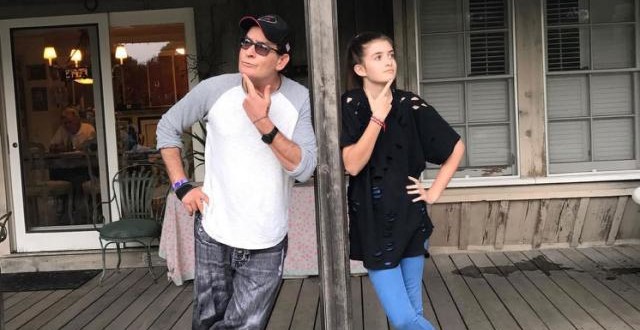 She’s all grown up!

Charlie Sheen shared a rare shot of his 12-year-old daughter Sam on Instagram Thursday — and it’s clear where she gets her looks from!

The father/daughter duo stood in look-alike poses in the sweet shot while leaning up against a porch support beam.

“So how was your day dad,” Sheen, 51, captioned the shot. “Well sweetie, it went a little something like this,” he added – including symbols for “love” and “money.”

They wore lookalike outfits too — Sheen in grey jeans, a baseball T-shirt and black sneakers, while Sam wore in blue jeans, an oversized ripped T-shirt, and white Adidas kicks.

“Braiding the blonde locks for the horse show,” Richards wrote recently — in a shot of the two shared just before Thanksgiving.

Richards, 45, and Sheen split in 2005 after three years of marriage. Despite their ups and downs, the two have remained on good terms — with Sheen even calling her his “greatest ex.”

a gaggle of awe sum!! pic.twitter.com/I8m0GNlLrF

“My situation with Charlie is that we’ve gotten along for quite some time now, and it’s much better, I think,” she previously told reporters. “One can feel one way and one can feel another way, and there’s lots of feelings and emotions there, but at the end of the day we want our daughters to benefit by us getting along.

“For myself, I don’t want to have an unhealthy relationship with him … life’s too short for that and we actually enjoy hanging out and being with the kids, and it’s much easier,” Richards added.

Sheen’s other ex-wife Brooke Mueller continues to seek treatment in rehab following her hospitalization after an erratic incident in November. The 39-year-old actress — who has battled substance abuse for years — had physical custody of the former couple’s 7-year-old twin sons, Max and Bob — who were since sent to stay with family. 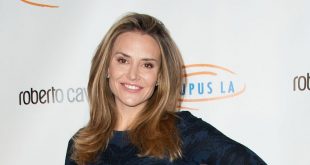 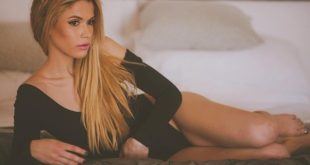 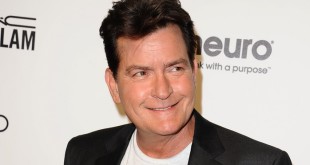