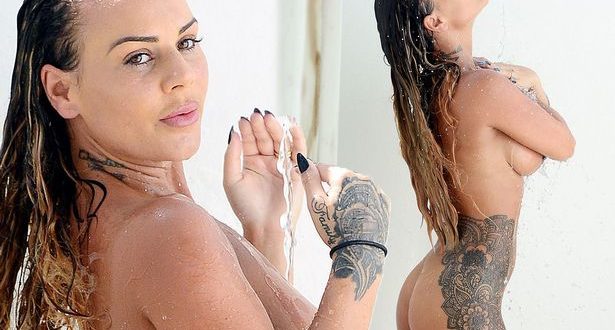 Soaking up the sunshine in Ibiza, Chantelle Connelly took a moment to cool off and stripped naked for a shower.

The former Geordie Shore star wasn’t shy about flaunting her assets as she bared everything in front of the camera, revealing her unusual tattoos running from her waist all the way down her leg.

She joined an equally bare Jemma Lucy in the shower and the pair splashed around happily under the stream.

Chantelle has been by reality star Jemma Lucy’ s side since she underwent a Brazilian Bum Lift in Turkey earlier this month.

RELATED:  Video: Man gets eyeball and penis tattooed to handle his chronic pain 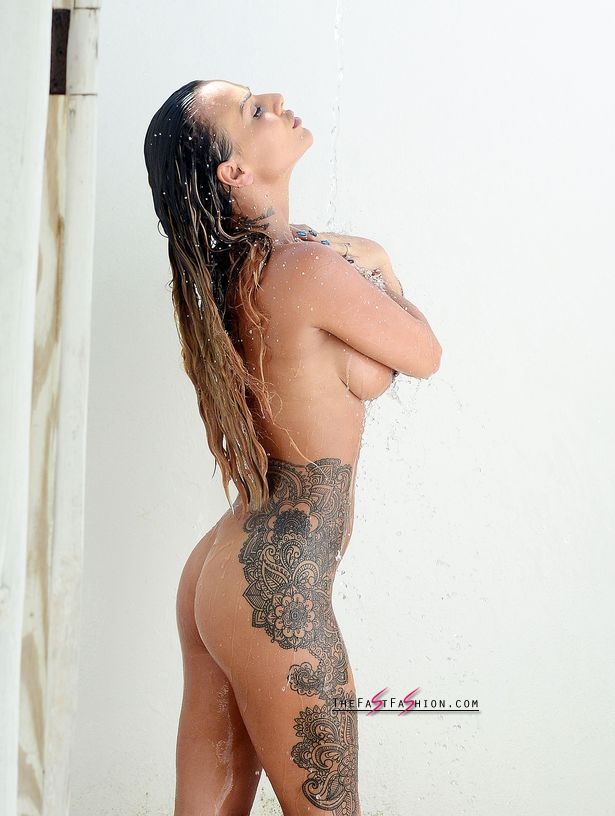 Days after the procedure, Jemma was spotted with bandages and painful bruises. But joining Chantelle by the pool this week, the Ex On The Beach star was bandage-free and proudly flaunting her perkier bottom.

Chantelle underwent a non-surgical bum lift in March and also happily displayed her shapely behind. The pair couldn’t keep their hands to themselves as they frolicked in the shower and kissed by the pool.

No doubt Chantelle was there to calm Jemma’s nerves after she was pulled over by border control in Manchester on Monday over fears she was being trafficked. 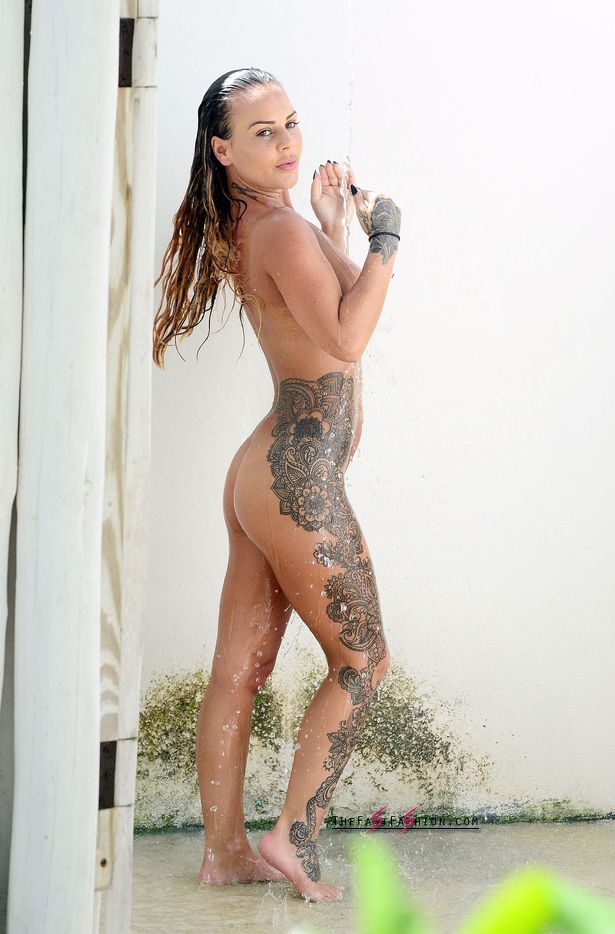 Jemma shared the story with fans on Snapchat, revealing: “So the weirdest thing just happened, I’m literally still just shaking. Was at the border security when they stopped me and said, ‘wait a minute Jemma’. Asking me bare questions about where I’ve been, who I am and all this s**t, won’t let me go through.

“I was absolutely shaking, thinking I was going to get nicked. So there’s me thinking what the f*** have I done that I can’t remember and I’m getting nicked for it,” she went on. 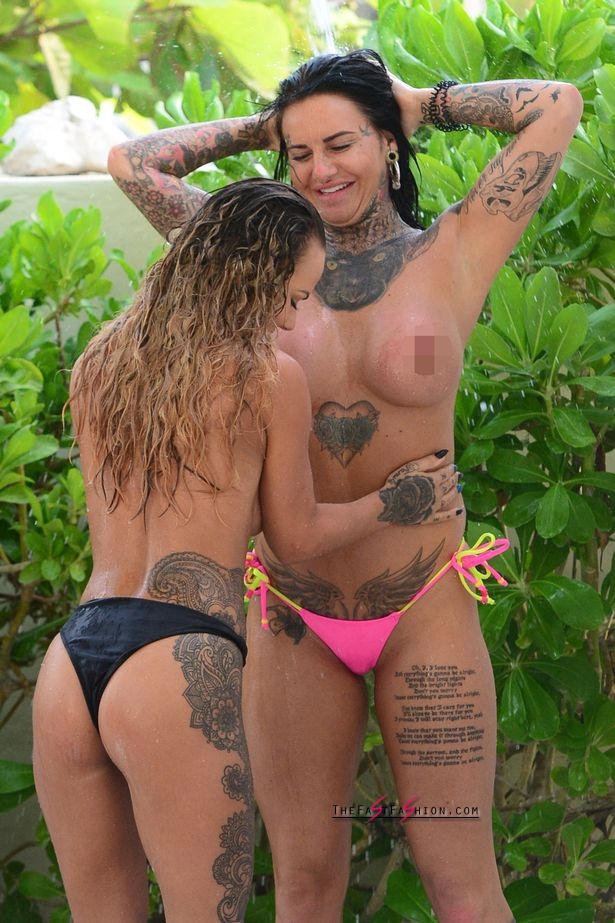 Holding a Simba stuffed toy, Jemma then revealed: “Turns out it’s all because I’ve got a teddy they thought I was being trafficked. Like I was being bought over and trafficked as a slut. Not a slut, a prostitute or whatever.

The reality star later thought better of her comments, adding on Snapchat: “Right, joke over, I’m not making fun of people being trafficked because obviously it’s horrible, but it’s just a funny situation that occurred because of a teddy bear.”