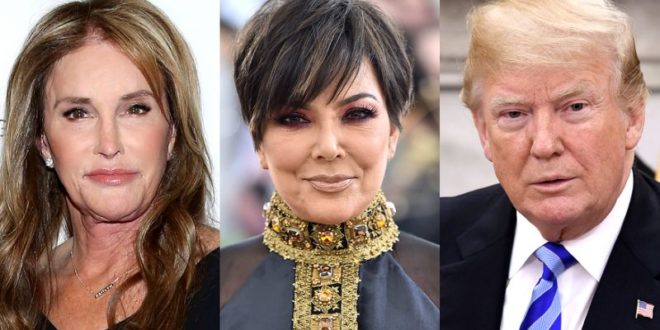 It’s no secret that Caitlyn Jenner isn’t as close with some of her kids as she used to be. (That Mother’s Day Khloé snub, anyone?)  In a new sit-down interview with Broadly titled “Caitlyn Jenner’s Quest for Acceptance,” the athlete and activist admits that keeping up with her children can be challenging.

“I have a lot of children, but sometimes just because of circumstances, maintaining a close relationship with your kids is very tough,” she explains. “They all have lives. They’ve all moved on.”

Caitlyn has six biological kids with her three former wives, including Kris Jenner, and four (very famous) stepchildren. She adds, “We’re just human beings; we’re going to be here for a very short time. We come and we go and at the end, when it’s all said and done, hopefully your family is going to be there.”

Following the release of her 2017 autobiography, The Secrets of My Life, many of the KarJenners, in particular, distanced themselves, reportedly feeling that Caitlyn took shots at them merely for publicity. Kris Jenner, Kim Kardashian, and Khloé were particularly vocal on Keeping Up With the Kardashians about feeling betrayed.

Still, the Broadly profile does have one anecdote we’re assuming Kris and Co. won’t like.

Caitlyn recounts her struggle living as Bruce for 60 years and talks about falling for Kris decades ago. When the pair met, Caitlyn was four-and-a-half years into hormone therapy, which she says altered her body, exclaiming that she was “a little B-cup.”

“Kris and I got married and I kind of hid it the best that I could,” Caitlyn says. “When Kendall was born, I had liposuction and got rid of [my breasts] because I thought, ‘I can’t even go swimming with my kid.’”

And Caitlyn threw one bit of shade Kris’s way, saying that it was the Kardashian matriarch who booked the liposuction appointment.

The biggest point of contention between the exes over the past three years has been over exactly what Kris knew when they first got together. It has turned into a she-said, she-said, with Kris claiming she was unaware of Caitlyn’s gender identity issues while Caitlyn claims Kris was informed and even caught her cross-dressing on occasion.

Overall, though, Caitlyn keeps her remarks about reality TV’s first family mostly to a minimum in this interview, so we don’t foresee this being a storyline on KUWTK again.

Caitlyn mainly discusses what she has learned from the trans community in this three-year journey. For better or worse, she is the community’s most public figure, which is why many found it so disheartening when she supported Donald Trump in the 2016 presidential election.

Caitlyn concedes that Trump “has been, for all LGBT issues, the worst president we have ever had” and says she couldn’t support his reelection.

“I want him to know, politically I am disappointed, obviously. I don’t want our community to go backward,” she says. “Just leave us alone; that’s all we want. Then maybe later down the line we can get somebody a little better.”

However, that doesn’t necessarily mean she would vote for a Democrat. “I don’t know who in the Democratic Party… I would look at it. I don’t vote parties. I vote the person,” she says.