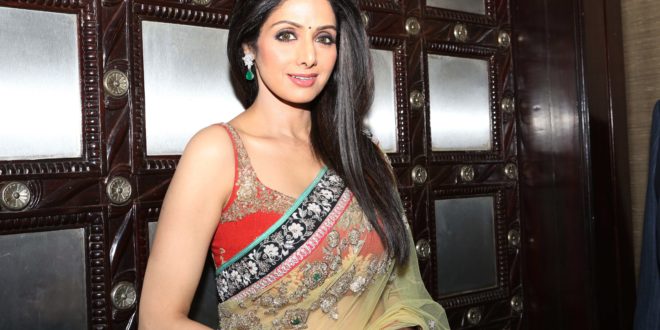 Bollywood star Sridevi Kapoor drowned in the bath, a cause of death more common than you’d think

Bollywood fans are mourning the loss of actress Sridevi Kapoor, who died over the weekend. Kapoor, 54, died due to an “accidental drowning” in a bathtub, a forensic report from police in Dubai said.

The report also said that traces of alcohol were found in Kapoor’s body, per Gulf News. According to the report, Kapoor accidentally lost her balance, fell into the tub, and drowned.

The Independent said that Kapoor and her husband, movie producer Boney Kapoor, had dinner together at 5:30 p.m. on Saturday (the night of her death) before she went in the bathroom to get ready for the rest of the night. When she didn’t come out after 15 minutes, Kapoor’s husband knocked on the door to check on her, per Khaleej Times. When no response came, he forced open the door and found his wife lying motionless in a tub of water. “He tried to revive her, and when he could not, he called a friend of his. After that, he informed the police at 9 p.m.,” a source told the paper.

It seems unthinkable that an otherwise healthy person could die this way, but it happens. There are about 110,000 annual bathtub and shower-related accidents in the U.S. each year, per the Consumer Product Safety Commission, and over 75 percent of fatalities from these injuries happen in children under the age of 5. An average of 10 people die each day from unintentional drownings (including in swimming pools and in the bathtub), per data from the Centers for Disease Control and Prevention. Those water-related incidents that are not fatal can still cause severe brain damage that can lead to memory problems, learning disabilities, and the permanent loss of basic functioning.

“It only takes about 4 inches of water for someone to drown in a tub,” David Cutler, MD, a family medicine physician at Providence Saint John’s Health Center in Santa Monica, Calif., tells Yahoo Lifestyle. “It doesn’t take a lot.”

While children often die in unintentional bathtub drownings due to a lack of parental supervision, it’s a little different for adults. “In adults, accidental drowning in a bathtub often involves alcohol or drugs,” women’s health expert Jennifer Wider, MD, tells Yahoo Lifestyle. If someone is under the influence, they can become unaware or confused about their surroundings, or even lose consciousness, causing them to slump down in the tub and drown, Wider says. Adults can also simply slip and hit their head, become dazed, land face down in the bath, and drown that way, Cutler says.

Plenty of people take baths every day and have no problem, but it’s important to recognize that bathtub drownings can happen, Cutler says. That’s why he recommends being careful around the tub and avoiding it when you’re under the influence of drugs or alcohol. Slip-free padding around the tub can also help lower the odds that you’ll slip and hit your head, Wider says, adding that this is especially important for people who are prone to falls like the elderly.

Again, you shouldn’t be scared about taking a bath, but you should be aware of the risk. “This is tragic and it happens all the time,” Cutler says. “But in most cases a cause is found.”