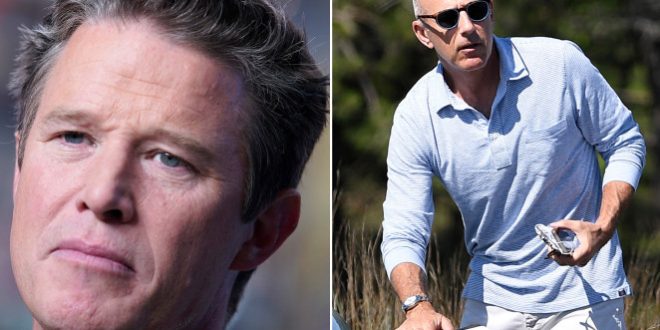 Billy Bush felt betrayed by Matt Lauer when Bush was fired by NBC in 2016 — after which he spent months drinking heavily, too “paralyzed” to get off his couch and unable to stop crying.

In a candid interview with Men’s Health, Bush, 48, recalls being axed from the “Today” show after just two months on the job for his role in the infamous “Access Hollywood” outtake with Donald Trump from 11 years earlier.

After the tape circulated, Bush was ready to apologize on-air and believed he had Lauer’s support. Bush now says of his then-co-anchor, “That he didn’t fight for me is so deeply hurtful because I’ve known him for absolutely ever.” (Men’s Health reports that Lauer didn’t comment.)

Bush instead learned he was canned when he tried to get a car to the airport before flying back to New York. The driver who was meant to take him said, “Sorry, Mr. Bush. They just canceled the car.”

Having recently separated from his wife, Bush holed up alone in an apartment drinking too much whiskey, the piece reports.

Four months into the situation, he said he told his brother, “I’m paralyzed. I can’t get off my couch. I can’t stop crying. I can’t stop thinking terrible thoughts of what I would want to do to myself if I didn’t have children … Help.”

He then went for a weeklong treatment called the Hoffman Process.

But he admits he wouldn’t do it again differently: “I’m not going to give [you] a pandering answer. I’m sorry. I can’t,” he told writer Anna Peele.

The Bush scion — who says that before his NBC firing, “nothing bad ever happened to me” — now realizes that “life isn’t fair,” and that getting canned “was important for my development … I needed to have my ass handed to me.”

In 2017, he even had dinner with Lauer, who was booted from NBC that year.

Previous Can you guess which celebrities were actually at the Chanel show?
Next 6 Clothing Mishaps You Don’t Want to Commit on Your First Night Together 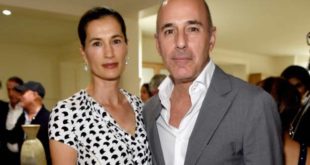 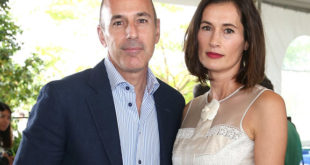