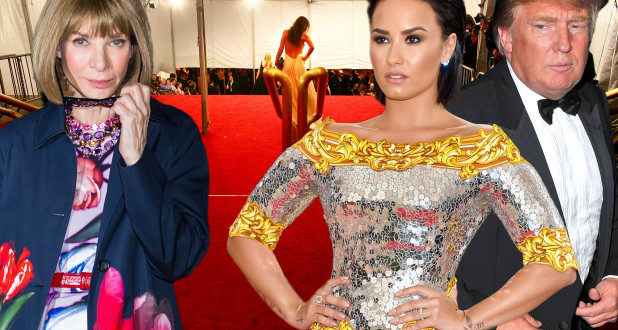 It’s notoriously difficult to score an invitation to the Met Gala, a red-carpet event so lavish and exclusive that even top celebs get snubbed.

And as hard as it is to get on the list — Anna Wintour recently revealed in a Vogue video that she will “never, ever” explain how she decides who to invite — it’s just as easy to get pushed off of it.

Big-name attendees — including Tim Gunn and Rachel Zoe — caught blabbing or ragging on the city’s swankiest party, have found themselves personae non gratae for the next year’s event.

Others, like Tina Fey and Gwyneth Paltrow, have dunked on the ball in the press, effectively blacklisting themselves — because, they say, they never want to go back.

Here, the surprisingly star-studded list of former Met Gala guests who are either banned or are boycotting the high-profile Vogue-run affair.

When asked about why she wouldn’t be attending the gala back in 2017, Canadian supermodel Coco Rocha told The Post, “I don’t know. You’ll have to ask Anna [Wintour] that.” She’d attended a handful of times before, but was apparently excluded amid rumors that she had beef with that year’s co-chair Katy Perry. A rep for Vogue said at the time that they didn’t comment on the guest list.

Other castoffs know exactly what got them exiled.

Former “Project Runway” guru Tim Gunn once publicly joked about a time he saw Wintour getting carried down the stairs at a fashion show by two sizeable bodyguards. When he refused to retract the statement — per pressure from Vogue — he says he got blackballed: “We’ve had an open war ever since,” he told E!’s “Fashion Police.”

“Anna Wintour is one of my heroes, but they say that I’m more influential,” she told the New York Times in a 2007 profile, which allegedly prompted the editrix to nix Zoe’s spot at shoe designer Brian Atwood’s table that year.

For some, the punishment fits the crime of simply not being famous enough.

“What has he done lately?” a Vogue staffer says of ’90s heartthrob Josh Hartnett in the 2016 Met Gala documentary, “The First Monday in May.” Calvin Klein wanted to invite him, but after that, Hartnett didn’t make the cut.

On the other hand, even the most talked-about man on the planet can’t make it past the velvet ropes. When James Corden grilled Wintour on “The Late Late Show” in 2017 about which former attendee wouldn’t be invited back, she tartly responded: “Donald Trump.”

Some celebs have even ghosted the gala themselves.

“I had a terrible experience,” singer Demi Lovato told Billboard of her first time attending in 2016. She said that getting attitude from another celeb guest — rumored to be Nicki Minaj — contributed to a night so awful that it made the then-sober star want to drink. She confessed that she rushed out at 10 p.m., and headed straight to an Alcoholics Anonymous meeting, still wearing “millions of dollars of diamonds.”

Former “One Direction” boy-bander Zayn Malik apparently also had an unpleasant evening when he attended the ball that same year.

RELATED:  Jared Leto carries his own head at the 2019 Met Gala

“It’s not something I would go to,” he told GQ, adding that his stylist at the time talked him into it. “I’d rather be sitting at my house, doing something productive . . . To do the self-indulgent, ‘Look at me, I’m amazing’ thing on the red carpet, it’s not me.”

Clearly, it’s not for Tina Fey, either.

“It is such a jerk parade,” Fey inimitably told David Letterman of the one time she went to the gala. “Every jerk from every walk of life is there, wearing, like, some stupid thing . . . I dragged my husband along with me which I’m still in trouble for.”

She didn’t mince words about her plans for upcoming years: “Clearly I will never go again.”

But it’s the rare superstar who can bad-mouth the gala and then get to return after a cooling-off period.

“I’m never going again,” Oscar winner Gwyneth Paltrow told USA Today in 2013, just days after that year’s epic party. “It was so un-fun. It was boiling. It was too crowded. I did not enjoy it at all.”

But leave it to Paltrow to convince Wintour to forgive and forget: The Goop queen, who attended her first gala in 1995, made her triumphant return to the carpet in 2017. 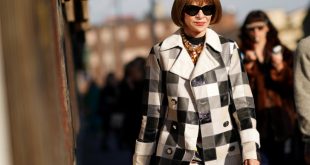 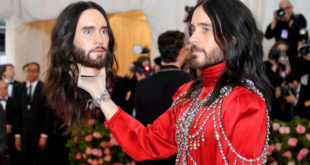 Jared Leto carries his own head at the 2019 Met Gala 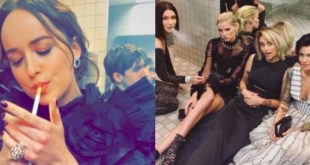 Met Gala Donors are “Insulted” that Celebs Smoked in the Bathrooms 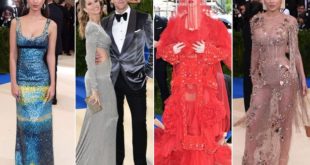 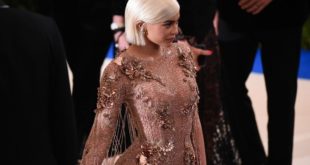 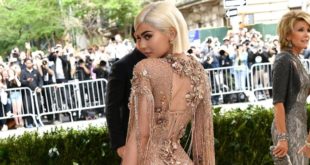 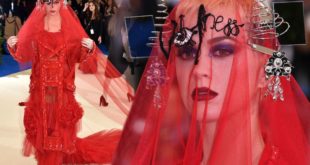