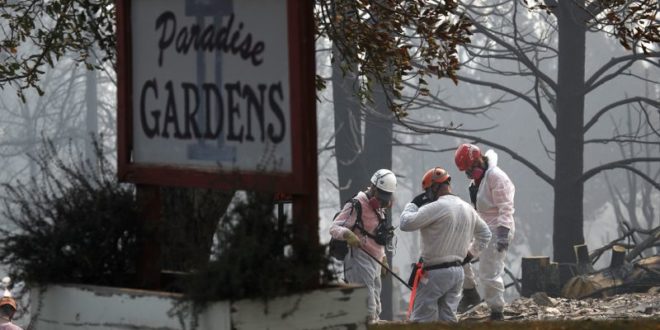 Butte County Sheriff-Coroner Kory L. Honea said that while 63 individuals have already been “tentatively identified,” confirmation will come only from DNA tests.

The state’s death toll now stands at 79 following the discovery of three bodies in the Woolsey fire in Southern California.

Honea pleaded with the public to check lists of missing people “and call in and let us know they are safe so that we can begin to get them off the list and devote resources to other areas.”

“As of tonight, the current list of unaccounted individuals stands at 1,276,” he said Saturday.

President Donald Trump toured the destruction left in the wake of the wildfires on Saturday, telling reporters that “nobody thought this could happen.”

“Hopefully this is going to be the last one of these,” he said, per CNN.

The deadliest wildfire in California’s history, the Camp fire has been responsible for the destruction of nearly 10,000 homes. According to CBS, the blaze is now 55 percent contained after burning through more than 149,000 acres.