Breaking News
Home / Fashion / Would you buy a $700 dollar shirt that doesn’t exist? 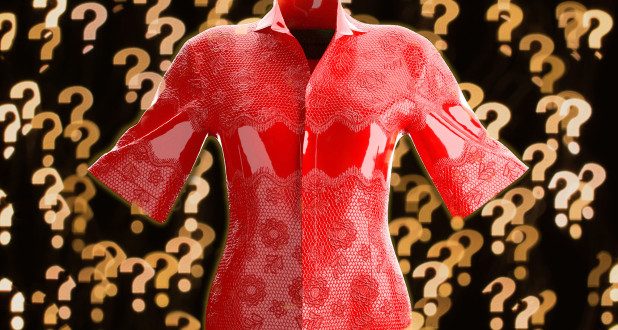 The Internet emperor has no clothes.

“Contactless fashion” line Tribute Brand is banking on customers happily forking over $699 for their “Zezy” shirt, a plasticky-looking blouse with flared short sleeves in either neon green or red — that they’ll never physically receive.

What they get instead is a “photo they have uploaded, with the digital garment fitted to it” according to Tribute’s Web site, plus a “digital certificate of authenticity as a proof of owning the digital product.”

Basically, you’re paying to have someone digitally superimpose a piece of clothing onto a selfie.

The Croatia-based label, co-founded by designers Filip Vajda and Gala Marija Vrbanic, is betting on novelty and their rejection of old-school fashion tropes like “gender,” “size,” “shipping” and “waste” as selling points, per their website. Also out? Fabric, thread, seams and the ability to actually venture outside wearing the piece without being arrested for indecent exposure.

While it’s unclear if anyone has purchased the $699 shirt yet — designers were on vacation and declined to comment for this story — the brand does offer pieces priced more like Dillard’s than Dior.

Joe Garcia, a Pasadena, Calif.-based stylist, shelled out for a tight silver top and green trousers with futuristic ruffled cellophane-like overlay, each for $29, after seeing Lady Gaga’s stylist Nicola Formichetti model the line on Instagram. 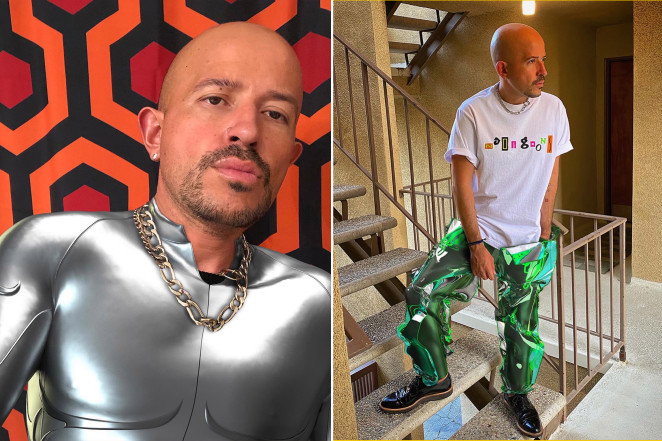 “I get people asking me where I got those pants when they see my picture,” said Garcia, 38. “They don’t even realize that they’re cyber.”

The fact that the clothes don’t exist adds to the cool factor, said Garcia, who didn’t even have to get off the couch to peacock for his 1,157 followers. “I was on my day off just hanging out,” he said. He chose pieces that caught his eye and uploaded “a good selfie and another full-body one. I already had both pictures on my phone.” He waited patiently while Tribute, which promises a finished look in one to five work days, digitally sewed on his fantastical new wardrobe using software to create a lifelike look, with shadows, creases in the right spots, and a snug fit.

Virtual try-ons have been a thing for a while — Warby Parker will map frames onto your pictures with its app, and a few beauty brands will give you a peek at a new lip color splashed on a selfie before you commit — but always with the tacit agreement that the real thing will eventually come in the mail.

And even though you won’t ever receive a Tribute piece, they still have the cachet of selling out. Most designs are “limited” to 100 pieces with “no reissue.” That pricey shirt, which was “worn” in a Paper magazine shoot earlier this summer, has a run of only three. 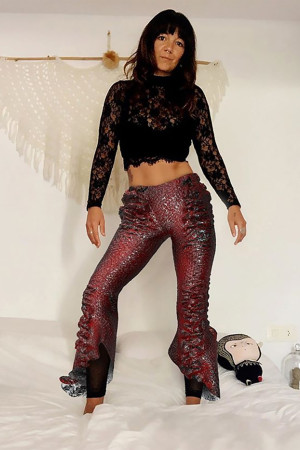 Karinna Nobbs, a “futurist” who founded fashion platform the Dematerialised, said that the exclusivity of digital-only garments is part of what makes prices go up. “It’s a combination of who the designer is and how well-known they are, how exclusive it is and whether it’s authenticated,” she told The Post from Ibiza, Spain. She herself bought a pair of pants by Tribute a few months ago, when they were only $6. “It seems like they’ve appreciated in value, which is cool.”

And Nobbs believes online-only items are “enough” for consumers in lockdown, who are living on Zoom and social media. “Digital fashion offers a way to express your personality or interact with a brand you wouldn’t normally,” she said. “But it’s still alien.”

So yes, shelling out $700 for a shirt is perhaps a bit presumptuous. Nobbs notes that in her research, folks may spend only about 1 percent of what they would for a physical piece on a digital one right now. But she thinks that will change. “The idea is that in the future, we might have digital wardrobes” for Zoom calls, gaming or just social media, she said. “But we’re probably about two years away from that.”

And while COVID continues to cause event cancellations through the fall, fashionistas could choose not to invest in IRL outfits that might not be in style next year. So while social engagements continue to be online, Tribute is meeting customers where they are: All dressed up and nowhere to go.

Garcia for one is doubling down, and plans on investing in more $29 pieces: light pink metallic flared trousers and a slick black-and-neon-green trench coat a la “The Matrix.”

“I would buy it, but it would have to be for a special occasion,” said Garcia.